The Champions League reforms for 2024 have been confirmed

The UEFA executive committee has this morning approved the new reforms, which will come into place in 2024, it has been revealed.

END_OF_DOCUMENT_TOKEN_TO_BE_REPLACED

As part of the new changes, the Champions League’s format will eventually consist of 36 teams, instead of the current total of 32.

Several fans have publicly spoken against the new reforms.

In an open letter to Agnelli, who recently stepped down as chairman of European Club Association (ECA), fans' groups from several clubs which are represented on the association's board, said: "Your plans to restructure the Champions League by increasing the number of games, introducing qualification based on past achievements, and monopolising commercial rights present a serious threat to the entire game."

What will the new Champions League format look like?

UEFA approve the suggested Champions League reform, which will take place from 2024. pic.twitter.com/9sVkuF2mBp

Under the reforms, there will be new spots for elite clubs that were not able to qualify. 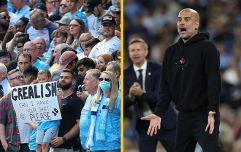 END_OF_DOCUMENT_TOKEN_TO_BE_REPLACED

The best eight teams will reach the knockouts, it has been announced.

Other teams will be able to qualify through a new round of play-offs.

Every club will be guaranteed ten games, which in turn will increase revenue.

Instead of groups, there will be one league.

The reforms come after the announcement of The European Super League (ESL), which poses a direct threat to the continuation of the Champions League. 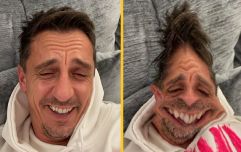 END_OF_DOCUMENT_TOKEN_TO_BE_REPLACED

However, in a statement, the ESL said: "Going forward, the Founding Clubs [of the ESL] look forward to holding discussions with UEFA and FIFA to work together in partnership to deliver the best outcomes for the new League and for football as a whole."

popular
Missing influencer Gabby Petito's fiancé is now also missing
The JOE Friday Pub Quiz: Week 261
Care worker angry after losing job for refusing the vaccine
Supermarket worker calls out manager as 'pervert' over PA system then quits on spot
Pep Guardiola's defence of his tone deaf comments is a bizarre hill to die on
'Gleeking' is the 'disgusting' bodily function that most people don't know they can do
Shipwrecked mum found dead saved her children by breastfeeding them at sea
You may also like
Sport
Jesse Lingard breaks silence after costly Young Boys error
Sport
QUIZ: Name every city to host a Champions League final since 1992
Sport
Napoli president wants to see new lucrative tournament replace Champions League
Sport
Sergi Roberto 'cried in dressing room' after being subbed in Bayern defeat
Sport
Paul Scholes says Man Utd can win the Champions League because of crucial difference
Next Page