Tyson Fury is not going to fight Deontay Wilder next

Tyson Fury will have to wait a little while longer before he gets the chance to right the wrong that was the split draw which denied him the WBC heavyweight title.

Given the controversial nature of the scoring of Fury's title fight with Deontay Wilder last December, it looked for all the world that the still-undefeated heavyweights would agree to an immediate, decisive and lucrative rematch. 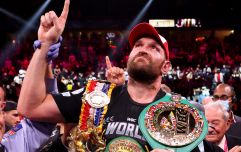 END_OF_DOCUMENT_TOKEN_TO_BE_REPLACED

Negotiations between the camps had reportedly progressed to the point whereby the WBC were happy to delay the scheduled purse bids earlier this month but that was before Fury put pen to paper on a mammoth deal with ESPN, which made them the exclusive broadcaster of his fights in the United States.

That threw an unexpected spanner in the works with the attempts to make Wilder vs. Fury II because 'The Bronze Bomber' usually fights on Showtime.

And now, it appears that the biggest heavyweight rematch in decades is set to be delayed because Fury intends to take an interim fight this summer to build his profile before he shares the ring with Wilder again.

Breaking: The WBC has been notified that Tyson Fury will take an interim fight in May or June before pursuing the rematch with Deontay Wilder in fall, per sources. Fury wants to build his profile in the U.S. on ESPN to make PPV fight a bigger event

The reports come from both Mike Coppinger and Kevin Iole, who learned of Fury's new plans in a discussion with Top Rank president, Todd Duboef. 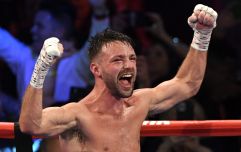 END_OF_DOCUMENT_TOKEN_TO_BE_REPLACED

It remains unknown if Wilder will defend his title prior to the Fury rematch or whether he will switch his focus entirely to a unification clash with Anthony Joshua, presuming 'AJ' successfully gets past unbeaten New Yorker, Jarrell Miller, in June.

As for Fury, he has recently indicated that politics should not get in the way of the best fighting the best, making one wonder who he has his eye on for his next outing.

I will fight anyone in world boxing,
Don’t use boxing politics as an excuse not to challenge me the lineal heavyweight champ! @BronzeBomber @espn @frankwarren_tv @BobArum