And you thought Luis Suarez was bad.

El Salvador knew they were underdogs against the United States on Wednesday night so pulled out all the stops in an attempt to upset the odds in their Concacaf Gold Cup quarter-final. 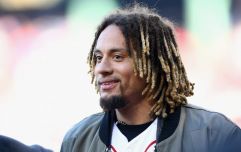 END_OF_DOCUMENT_TOKEN_TO_BE_REPLACED

But despite their opponents' dirtiest efforts, the US ultimately came out on top, thanks to goals from Eric Lichaj and Omar Gonzalez just before half-time.

El Salvador defender Darwin Ceren simply wasn't prepared to allow the latter to add to his tally as he got up close and personal with Gonzalez in the form of a disgusting bite to the American's right shoulder in the box late on in proceedings.

"I was a bit shocked," Gonzalez said of the incident.

But it wasn't the only example of El Salvador's players digging their teeth into their opponents' flesh.

In fact, the worst of it was reserved for US forward Jozy Altidore, who was bitten and had his nipples twisted by marker (and likely weirdo) Henry Romero, who clearly wanted to provoke a reaction from the former Sunderland man. 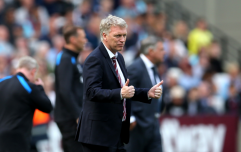 David Moyes set for managerial comeback in the US of A

END_OF_DOCUMENT_TOKEN_TO_BE_REPLACED

"It’s never happened before, but in Concacaf, it never ceases to amaze me," Altidore said of being singled out in the above fashion. "You've got to keep your cool. I shouldn’t be saying these things happen, but they do."

The striker doesn't seem all that bothered by the incident but the same can't be said for Altidore's girlfriend.

popular
Moment thug kidnaps teenage ex in horrifying ordeal that left her unable to walk or talk
Coronation Street star left homeless after sharing anti-vax views
Chelsea have £3million bid for their own player rejected
Martin Lewis issues urgent advice for households ahead of energy price hike
Liz Truss spent £500,000 of taxpayers' money on a private flight to Australia
Why dogs are getting sick and symptoms owners should look out for
Cristiano Ronaldo complained to Transfermarkt about valuation before blocking them
You may also like
Sport
PICS: England's new home shirt is almost identical to the USMNT jersey
Sport
Chicharito follows goal with shocking miss for Mexico (Video)
Sport
Ralf Rangnick tells fan that Jesse Lingard will leave Man United in the summer
Sport
Collapse of sports crypto giant leaves fans with worthless tokens
Sport
Eddie Jones shares great tale on hour-long chat with 'inspirational' Roy Keane
Next Page