Bournemouth. Southampton. Hull. It was all going so well.

Daley Blind was linked with a Manchester United exit over the summer but Jose Mourinho was impressed with his commitment to the cause, smart passing and willingness to learn.

He started the season ahead of Chris Smalling. It looked as though Smalling was being rested but Blind did not give Mourinho a reason to bring him back on.

In the first real test of United's season, Blind has found himself exposed. United found themselves 2-1 down at half-time.

Blind was beaten by Kevin de Bruyne to a flicked on ball and, three seconds later, United were 1-0 down. Twitter simmered:

Flick-ons seem to be effective against Daley Blind, who has the turning circle of a combine harvester

35 minutes in and Blind played Kelechi Iheanacho onside and, after de Bruyne's shot came back off the post, the striker tapped home. 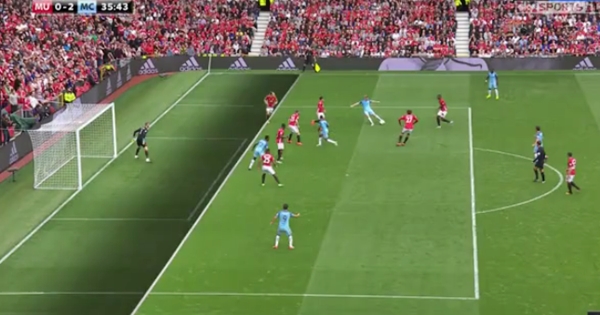 Daley Blind was blinded by that Iheanacho pass and De Bruyne's finish was super clean! Game on!

Daley blind the blame for both goals FFS

Zlatan Ibrahimovic pulled one back before the break, but Blind may be under a lot more pressure after the break. Will we see Smalling back for United's next game?