Who is benefiting from this? Who's this doing anything for?

Last night, Croatia hammered Argentina 3-0. It was one of those games where the result really did reflect the performance. In fact, it could have been worse.

Tottenham confirm game against Rennes postponed due to covid outbreak

END_OF_DOCUMENT_TOKEN_TO_BE_REPLACED

Argentina were embarrassing. It was as bad a World Cup performance as I can remember. They weren't even trying.

After the third goal went in, the TV camera decided to zoom in on a distraught child, bawling his eyes out because his heroes had let him down. His dad was doing everything in his power to try and calm him, but he was uncontrollable.

We're obviously not going to show you the child, as that would be a tiny bit counter-productive, but as you can imagine, it was a really sad image.

He was punching his chair in anger, and covering his eyes with the blue and white stripes of his Argentina jersey.

The magic of the World Cup, eh?

This isn't exclusive to children, as I'm sure there was thousands of Argentinian men and women who were devastated in Russia last night, and probably showed their devastation in a number of ways. But it's not the same.

If a fully grown adult loses their temper in public, surrounded by thousands of people, and hundreds of TV cameras, they know what might happen. 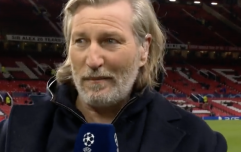 END_OF_DOCUMENT_TOKEN_TO_BE_REPLACED

They are old enough to deal with any consequences.

But a child is different. They are far too young to be exploited for the sake of a good shot.

What if that kid goes out with his friends the following day and he's berated for crying on national television?

Now the cameraman would probably use the argument that "this shows the magnitude of the sport. This is the effect it has on kids, and this is why football matters so much", and although it's a sensible point, it's not valid.

We don't need to be reminded of how important football is. We know. 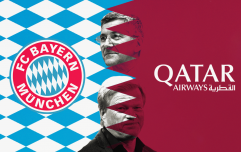 END_OF_DOCUMENT_TOKEN_TO_BE_REPLACED

We watch it every day. And when we're not watching it, we're probably thinking about it.

Showing a distraught child to the world doesn't do anything positive, it just makes the whole situation depressing and weird.

Before you label me a "snowflake", and tell me that it comes with the territory of a competitive game, let's look at the situation from a different perspective.

It takes away from the brilliance of the occasion.

For example, this tournament in particular has brought Cristiano Ronaldo and Lionel Messi's rivalry to the forefront.

It's undeniable that the two are the best players in the world, and arguably the best two footballers of all time. We've all picked a side.

Pettiness comes part and parcel with football, it adds so much to the game. Truth goes out the window for the sake of an agenda, so when the rare chance that Ronaldo fans get to slate Messi arrives, they look to grab it with both hands.

Zooming in on an eight-year-old with Messi on the back of his jersey, crying his eyes out, ruins it. It's cheating. It's not what we're here for.

Even the most die-hard Croatia fan would have let out a sigh of sadness seeing a young child being so visually crushed by being let down by his heroes.

This isn't why we watch football.

But when we're just watching it, we don't need to see the sadness. It helps nobody. It's just a shitty thing to do.

We know that one team has to lose, and one has to win, and that for every broken-hearted child there's another who's on top of the world.

But when 99% of the viewers are watching from a neutral position, we don't want to see the depressing image. We want the happy one.

This is supposed to entertain us, right?