Dimitri Seluk has hit out at Pep Guardiola after Toure was omitted from Manchester City' Champions League squad, and has told Sky Sports that both Manchester United and Arsenal were interested in signing the Ivorian midfielder.

However, according to Seluk, a move to either club is "impossible." He says Toure has had offers from around the world and will sign a pre-contract agreement in January.

He also predicts this incident to be the end of City's popularity in Africa, and fans will now flock to their bitter rivals United. 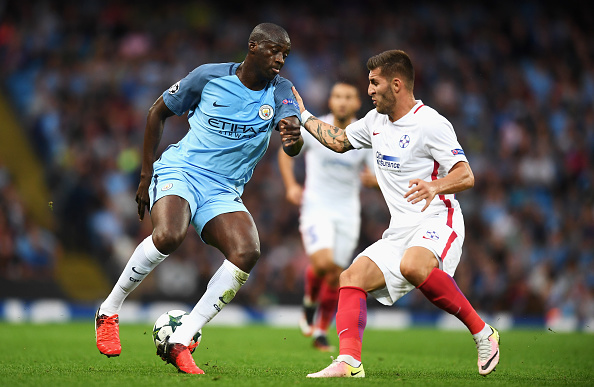 "Yaya in January can sign a pre-contract agreement with clubs abroad," Seluk said.

"He will have many offers from clubs. China and America of course they want him but we will have a lot of offers from England and Europe. He is in very good shape, very good condition, I think he lost seven kilograms."

Toure's agent also took aim at the City manager, and predicted the club's popularity to decline in Africa now that the 33-year-old is no longer part of the first-team.

"They will lose a lot of millions of supporters from Africa because of this decision from Guardiola. Now they will support Manchester United. A lot of people in Africa say they will never see any more matches of City on TV."