Tottenham and Fulham both broke records in this summer's transfer window

It's a very exciting time to be a Fulham fan. After being promoted in May via the play-offs, the club wasted no time in stengthening their squad and weren't scared to spend big either. 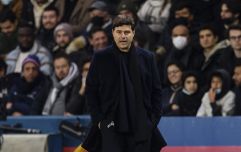 END_OF_DOCUMENT_TOKEN_TO_BE_REPLACED

They brought in established European players including Jean Michaël Seri, André Schürlle, Sergio Rico and Luciano Vietto, as well as young prospects such as Timothy Fosu-Mensah and Alfie Mawson. The Cottagers have put themselves in good stead to survive in the Premier League, but they had to break a record to do so.

Fulham became the first ever newly promoted side to spend over £100m in the immediate summer transfer window. It's a sign of market inflation, but also in their willingness to spend and the board's faith in Slavisa Jokanović.

North of the river, meanwhile, Tottenham were breaking a different kind of record. Despite Mauricio Pochettino sending a message to Daniel Levy in May about the need to spend in the summer, Spurs didn't bring in a single player this summer - the first time a club has failed to sign a player in the summer transfer window since it was introduced in 2003.

‘We cannot think we are the cleverest people in the world winning trophies on small money.

“That’s a bit up to Daniel and the club. After four years we need to assess that period and try to win big, big trophies. We need to review things. It will be so important to create again and create a different idea to move on and to be closer to win titles."

It's safe to assume Pochettino is not the happiest man right now, although he clearly has faith in his squad to qualify for the Champions League in their inaugural campaign at the new Tottenham Hotspur Stadium.