The Toronto Raptors have won their first ever NBA championship

Scroll to the bottom and look at Kawhi. Look at what it means to him. Complete and utter ecstasy from the #boardman

The Toronto Raptors won their first ever NBA Championship (and the first for a Canadian franchise) on Thursday night in the last ever game at the Oracle Arena, home turf of the recently dominant Golden State Warriors. 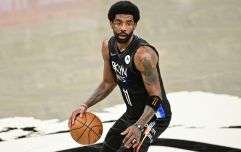 END_OF_DOCUMENT_TOKEN_TO_BE_REPLACED

Led by Finals MVP Kawhi Leonard, the Raptors held off the Warriors 114-110 thanks to stellar performances by Kyle Lowry (26 points, 7 rebounds, 10 assists), Pascal Siakam (26, 10, 3) and Fred VanVleet (22 points, 5/11 from 3) whilst Klay Thompson poured in 30 points for Golden State before leaving the game in the third quarter after tearing the ACL in his left knee.

After tearing his ACL, Klay Thompson came back onto the court to hit two free throws 😳 pic.twitter.com/dyUEcpFm4R

Thompson would return to the court to hit a pair of free throws to a standing ovation, but the incident summed up the injury woes the Warriors have suffered throughout the series, most notably with the heartbreaking loss of Kevin Durant to a ruptured achilles in Game 5 after the former-MVP and ten-time All-Star returned early for his team as they faced an elimination game at 3-1 down.

There was, of course, drama at the very death of this one as a Steph Curry three-pointer, with the Raptors up 111-110 and only 8 seconds on the clock, bounced off the rim and out, with the defensive rebound, and the title, snatched up by Leonard.

In the end, the Raptors superior depth told throughout the series, with Serge Ibaka and the aforementioned VanVleet frequently torching the Warriors bench in the battle of the reserve units. In Leonard, they had arguably the best two-way player in the game putting up a playoff run for the ages, whilst in their grizzled veteran Lowry and Marc Gasol, acquired mid-season, they had something of an air of destiny about them. 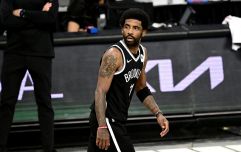 END_OF_DOCUMENT_TOKEN_TO_BE_REPLACED

They were the first team other than the Cleveland Cavaliers or Golden State Warriors to make the finals since 2014 and are now the first Canadian team in any of America's major leagues to win a championship since 1993, when the Montreal Canadiens won the Stanley Cup and the Toronto Blue Jays took home the World Series.

After the game, Raptors coach Nick Nurse, in his debut season with the team no less, said: “They really played together. I thought they really fought hard. They were tough-minded. They didn’t seem like this was wearing on them at all. Two months of playoff basketball, they never seemed tired to me.”

Attention will soon turn to an important offseason for the franchise, where retaining the services of the unstoppable Leonard, who will be a free agent, will be the club's top priority.

For now, though, Toronto and Canada celebrate, as does Kawhi. In his own, completely idiosyncratic way.