Tony Ferguson on Conor McGregor's hiatus: "When I had my baby, I didn't take a leave of absence"

There was a very good reason that Tony Ferguson didn't take the verbose route following his most recent victory in the Octagon.

In the current MMA climate, it seems more than ever that closed mouths don't get fed but 'El Cucuy' didn't feel the need to scream for a title shot following his victory over former champion Rafael dos Anjos earlier this month.

It wasn't because he felt like he didn't deserve it. It was, in fact, quite the opposite as Ferguson now believes he has positioned himself perfectly and that a specified call-out would have been unnecessary.

"What else is there to say?" Ferguson said on the MMA Hour. "It's like a chess game and I've got three moves. These dudes are not going anywhere, I've cornered them in a spot and they have nowhere to go.

"You've got Conor taking a leave of absence and you've got Khabib Nurmagomedov right in front of me. I don't think [Eddie] Alvarez is going to be in the picture and I don't see MJ [Michael Johnson] or anybody else posing a threat so that's why I kept quiet."

Ferguson will most likely take to the Octagon next opposite Nurmagomedov, the undefeated Russian who is also vying for a title shot.

With McGregor out of action until next summer at the earliest so that he can be with his girlfriend while she gives birth, it only makes sense for the No. 1 and No. 2 fighters in the world to battle it out and leave no doubt about who is next in line. 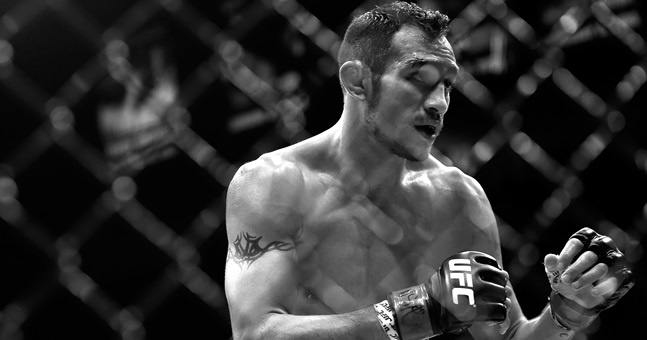 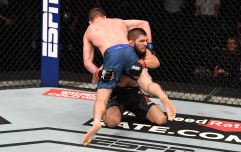 END_OF_DOCUMENT_TOKEN_TO_BE_REPLACED

All that's to be decided is the date, venue and whether the fight acts as an official title eliminator or even becomes an interim lightweight title fight, with a guaranteed unification bout against reigning 155lbs champ McGregor upon his return.

Meanwhile, Ferguson is not convinced by 'The Notorious' even after the dominant manner in which he claimed lightweight gold against Eddie Alvarez at UFC 205.

"That dude does not want any part of me," Ferguson said.

"That dude got beat by No. 5 in the world, Nate Diaz. And everybody's talking about him being the best and I'm like 'Dude you got beat by No. 5. I'm No. 3 and No. 2. I'm the only name you haven't thrown out there in the wind. It's just like a fart though and it's going to come right back at you and hit you hard!

"Honestly he doesn't want any part of this so go ahead.

"You've got a little pass from me. Go enjoy your family time. Do your thing, enjoy your life, you have some money so go ahead and go spend it.

"Do your thing, relax. Enjoy your time trying to find you. And while you're doing that, I'm going to stay over here, wrecking this shit with my crew. And we're going to go on to the next stage which is, when you come back, we're going to wreck your ass.

"When I had my baby and all my stuff, I didn't take a leave of absence. I manned up! I did my thing and I fought.

"I'm just here doing what I have to do."

popular
Actor who plays Neil in The Inbetweeners 'embarrassed' to be a Millwall fan
Millwall manager responds to fans booing players who took the knee
Infantino says Wenger's proposal change offside rule would 'stop marginal offsides'
Millwall fans boo their own players as they take the knee before kick-off
The JOE Friday Pub Quiz: Week 220
Paul Merson says Mesut Özil 'has to play' against Tottenham
QUIZ: Fill in the missing club from these players’ career paths – Part 3
You may also like
Sport
Conor McGregor pays tribute as Khabib retirement blows division wide open
Sport
Conor McGregor gives Dustin Poirier three dates in 2020 for showdown
Sport
Conor McGregor claims his next fight will be Manny Pacquiao in the Middle East
Sport
Back-up plan for Khabib vs Gaethje title fight has pissed a lot of people off
News
Conor McGregor arrested for alleged indecent exposure
Next Page