Tony Adams could be about to become Sunderland manager

This wouldn't be popular with Sunderland fans.

Sunderland are a mess. The club has no manager, which is an improvement on David Moyes, but no signings have been made ahead of their first season in the Championship in 11 years.

There are also seven players in the squad out of contract at the end of the month.

END_OF_DOCUMENT_TOKEN_TO_BE_REPLACED

Sunderland had looked set to appoint Aberdeen manager Derek McInnes, but he turned them down. The Scottish team finished second last season, and lost in the cup final to Celtic. Brendan Rodgers' side also signed Aberdeen's best player in recent days, Jonny Hayes. It looks as though McInnes has taken the club as far as he could. Yet he still chose to stay at Aberdeen over managing the Black Cats.

Ellis Short wants to sell Sunderland, staff at the club have been laid off and it doesn't look like there will be money available for signings. It's not an exaggeration to say Sunderland could end getting relegated from the Championship next season. 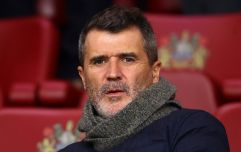 Roy Keane reveals why he turned down Sunderland role

END_OF_DOCUMENT_TOKEN_TO_BE_REPLACED

They need a new manager with a positive attitude after the misery of Moyes. Someone to inspire hope and confidence amongst the players and the fans, and who's recruitment won't be confined to cast-offs from his former club. A tactically astute manager, with a broad knowledge of players from England and abroad.

However, it looks like they could end up with this man... 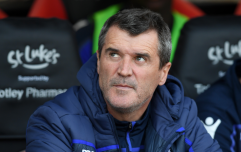 END_OF_DOCUMENT_TOKEN_TO_BE_REPLACED

According to The Times, there is a wealthy consortium of Sunderland fans interested in buying the club, and they have sounded out Tony Adams about becoming manager.

Leo Pearlman, Gabe Turner and Ben Turner lead the bid, according to the report, and will attempt to buy a controlling interest from Short, the American billionaire who bought the club in 2008.

The trio are said to be lifelong Sunderland fans.

A rival German consortium is also said to be interested in buying the club, but their valuation differs from Short's. The American is reportedly seeking around £100m for the club.

Adams, meanwhile, spent the last few months of the 2016/17 season managing Granada in Spain, overseeing their relegation from La Liga. His only spell as a Premier League manager was back in the 2008/09 season, when he coached Portsmouth for 16 games, collecting just 10 points.

We were about to write that his poor record in management would make him perfect for the Black Cats, but Sunderland have suffered enough. The reaction to Adams potentially becoming manager hasn't been kind.

#SAFC fans taking over the club is a romantic idea. It becomes all the more typically SAFC when you hear that Tony Adams name is in the mix.

The consortium willing to buy Sunderland and install Tony Adams as manager isn't me on the wind up. Just to be clear.

Sunderland reportedly wanting Tony Adams as their new manager. Should really just do us all a favour and liquidate now.