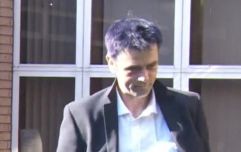 END_OF_DOCUMENT_TOKEN_TO_BE_REPLACED

The 44-year-old, who played for a number of clubs including Banik Ostrava, Fiorentina and Sparta Prague during his career, has been freed on appeal but faces half a year in prison if his appeal fails.

Repka was found guilty alongside his partner Katerina Kristelova, of posting three fake escort ads online claiming to be for his ex-wife, Vlad’ka Erbova.

"I’m sorry – it was wrong of me. But my relationship with my ex-wife was not good. I wasn’t able to see my son, and the situation escalated," Repka was quoted as saying after being sentenced.

Repka joined West Ham for a then-club record fee of £5.5 million in 2001, and became a cult hero at the club in that time.