Tinder announces Olympians with the most right swipes at Rio 2016

As the dust settles on Rio 2016 and we reflect on the magnificent performance of team GB, utterly spectacular medal celebrations and Usain Bolt trying his hand at javelin as an aside to totally dominating sprinting, there is still one very important topic to discuss.

Which athletes got the most action on Tinder? 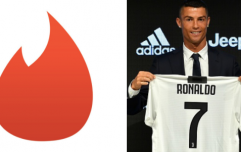 END_OF_DOCUMENT_TOKEN_TO_BE_REPLACED

They haven't been as specific as name-dropping the prolific Tinderers, but by looking at what each athlete had in their bios between the opening and closing ceremonies they were able to analyse which discipline are the most desirable. It's hardly rock solid evidence, but the result were interesting all the same.

It's excellent news all round for tennis. The sport was the most right swiped in the men's category, while the women's list champion was table tennis.

Have a look at both top six tables below.

Again this is by no means a definitive guide on sporting sexiness, but if you're single and in the market for a new hobby you could clearly do worse than picking up a tennis racket. All you'll need to do after that is pass yourself off as an olympic athlete on Tinder. Good luck.