Tiger Woods has won his first Masters Tournament since 2005 to seal an unexpected return to the the top of the golfing world amid emotional scenes on the final hole. 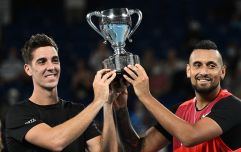 END_OF_DOCUMENT_TOKEN_TO_BE_REPLACED

Woods' last victory at Augusta National came 14 years ago after a play-off victory over Chris DiMarco; a fourth green jacket for the then 29-year-old golfer.

Sunday's victory in what was a leaderboard full of world class talent is all the more remarkable given the fact that Woods' World Golf Ranking was a lowly 1199 as recently as December 2017.

Woods embarked on a self-imposed hiatus between December 2009 and April 2010 after revelations emerged regarding alleged extramarital indiscretions, and despite returning to the number one spot in the world for over a year between March 2013 and May 2014, he struggled with form and injuries since then; preventing him from getting anywhere near his past levels.

He came into the final day's proceedings at Augusta amongst a packed field including the likes of Rickie Fowler, Francesco Molinari, Brooks Keopka, Jason Day and Dustin Johnson, but remained calm and collected to hold off the advances of Johnson, who finished on 12 under alongside Koepka and Xander Schauffele to collect his first major victory since the US Open in 2008.