Patrick Reed and Tiger Woods may become friends after they both hang up the golf shoes. But right now, they are both driven competitors with healthy egos.

END_OF_DOCUMENT_TOKEN_TO_BE_REPLACED

There is no shame in that. Golf is such an individual pursuit - even with big backroom teams, in support, and knowledgeable caddies - that you need to back yourself out on the course.

Reed and Woods are not friends. They are golfing rivals, out hunting the same prey.

On Sunday, at Augusta National, Woods won his 15th Major as he claimed Masters victory number five in a legendary career. The 43-year-old won the prize claimed so impressively by Reed last year, and to greater acclaim.

It was Reed's job, as outgoing champion, to present the coveted 'green jacket' to Woods at The Butler Cabin after he closed out a famous win with a round of 70, for -13.

Before we get to that moment, let us track back to the 2016 Ryder Cup and Reed clashing, on-course, with Team USA vice captain Tiger Woods. The story appeared on the No Laying Up podcast soon after the USA had defeated Europe.

Woods made a playful remark with Reed's playing partner Jordan Spieth about hitting alternate shots, during his match Sergio Garcia and Rafa Cabrera Bello. Reed jumped in with a boast about his form and, according to Spieth, Woods responded:

"Tiger goes, 'Don't worry, Patrick, you only need 74 more wins and 14 more majors' ... It was a funny moment with Tiger because you don't really hear Tiger talk about everything he's dropped to go back on Patrick and he used it there, because he was just like, 'Screw this guy. I'm using this right now. Who is this guy?'" 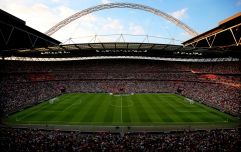 END_OF_DOCUMENT_TOKEN_TO_BE_REPLACED

Reed did get one closer to Woods' total, but he is back to 14 behind the living legend.

Fast forward almost three years and Woods is in The Butler Cabin, waiting to get green jacket number five. Reed was asked to do the honours and did not speak to Woods. He merely did his duty - as Woods exclaimed, 'Yeah buddy' - patted his back and exited stage left. 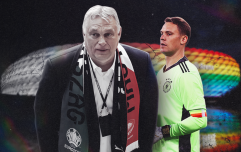 END_OF_DOCUMENT_TOKEN_TO_BE_REPLACED

As Woods soaked in the moment and declared, "It fits", Reed was out the gap.

The stiff formalities of Augusta National often make for uncomfortable viewing and Reed was probably looking to leave the stage to Woods. Still, such is the level of distaste for 'Captain America' that some were upset there were no words of congratulations or even a handshake.


Is it me, or did Patrick Reed want absolutely nothing to do with that ceremony? #TheMasters #TigerWoods #ButlerCabin https://t.co/9Vc0XVwsT5

Dude I don’t care about Patrick Reed, but you have to shake tiger’s hand https://t.co/4a4trWt3pG


Hey Patrick Reed would it have killed you to shake @TigerWoods hand after putting the green jacket on him? I guess it's really true what they say about you. #TheMasters @Petedavis1 pic.twitter.com/XSTiUkDnYP

You can be a part of history and you cannot shake Tiger's hand? Wow. What a man you are Patrick Reed.

If they are not buddies now, they will have decades of Champions Dinners at Augusta National to re-live old war stories.