Hardy took to the scales in her bikini on Thursday afternoon ahead of her scheduled Bellator 194 showdown against Ana Julaton and appeared to be under the impression that she'd hit her target of 126lbs. 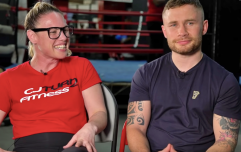 END_OF_DOCUMENT_TOKEN_TO_BE_REPLACED

Hardy looked happy with how the weigh-in went down and even fulfilled some media obligations afterwards as the rest of the Bellator 194 card weighed in at the official ceremony at the Mohegan Sun.

However, over an hour after she'd hit the scales, 'The Heat' claims that she was informed that she'd actually weighed in at 126.25lbs and therefore had to forfeit 20 per cent of her fight purse to her opponent.

It was all very confusing because, usually, a fighter who had missed weight by such a small margin would be afforded the opportunity to weigh in again naked behind a towel in order to hit the mark.

#Bellator194 weigh-ins are streaming live and open to the public today at 5pm ET at @MoheganSun!

Hardy seemingly wasn't even offered the chance to take off her bikini and re-weigh behind a towel but Mohegan Tribe Department of Athletic Regulation President Mike Mazzulli maintains that he'd made Hardy fully aware of the situation.

"I evaluated her, and I felt I didn’t even want her to (remove her clothes to use the towel), because at that point she wasn’t even speaking to me (on the scale)," Mazzulli told MMA Junkie. "I made the decision as the commissioner that I wasn’t going to put her on the scale with no clothes on – that’s how concerned I was about her. And my doctors will re-evaluate her tonight at the (ceremonial) weigh-in, as well."

END_OF_DOCUMENT_TOKEN_TO_BE_REPLACED

Despite the confusion, the flyweight contest will go ahead as planned on Friday night, with Hardy hopeful of rebounding from her first MMA defeat last October.

Hardy, meanwhile, claims that she was of the belief that she'd made weight and was shocked when she was told that she hadn't.

"I did make the weight," Hardy told MMA Junkie. "I was two (tenths) over and they gave me the allowance for bikini top and bottom without making me strip in front of the room. (I’m) not sure about there having been a problem at all – I was backstage after the weigh-in hydrating and doing interviews for like an hour after. 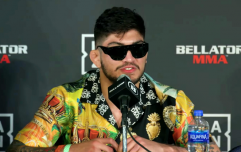 END_OF_DOCUMENT_TOKEN_TO_BE_REPLACED

"I was shocked when they called in and said they were fining me. Yes, it was a rough-ass weight cut – (it) was totally clear on my face. But (Mazzulli) looked at me and said 126. There was a guy behind him that said, ‘We make the allowance for your bikini. She isn’t stripping. We don’t need the towel."

The fact that the commissioner was so concerned that he wouldn't allow Hardy to simply take off her remaining clothes and weigh in again, as has happened countless times to fighters over the years, but was comfortable letting the fight to go ahead seems very odd indeed.

Just another confusing day in the world of mixed martial arts.