There is only ONE world class player in the Premier League says Alan Shearer - is he right?

There is no doubt that the Premier League is chock full of absolutely top class managers. 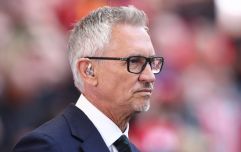 END_OF_DOCUMENT_TOKEN_TO_BE_REPLACED

But what about top players? For some years now the very best players in the world have wanted to play in Spain rather than England - mostly for Barcelona and Real Madrid. La Liga boasts Cristiano Ronaldo, Gareth Bale, Luis Suarez, Lionel Messi, Neymar and Antoine Greizmann.

And Match of the Day pundit Alan Shearer reckons the balance of power lies so far in Spain's favour that the Premier League can boast just a single world class player: Sergio Aguero.

“He’s the one genuine world-class player we have in our Premier League and he’s the best centre-forward,” Shearer said on Saturday night's programme after the Argentine bagged two goals in a 4-0 win for Manchester City at West Brom.

Host Gary Lineker asked: “Only one? Sanchez, come on, you'd have to say as well,” but Shearer replied: “Well, when you look at his record and some of the goals he can score - that he has scored - he’s just world class.”

It's a big shout from Alan Shearer.... https://t.co/tHyabgHtso

It is a big call, and fans on Twitter did not universally agree with the former Newcastle striker.

Is he having a laugh?! We have the best goalie in the world 😂😂

Only Aguero is world class?! He seems to have forgotten DDG, De Bruyne and Sanchez.

But some thought he was spot on:

@alanshearer bang on. 'World Class' is overused. Aguero one of the few who can legitimately have that title.

premier league has few world class players, aguero is maybe one. I can't think of another.

@alanshearer is right. As far as outfield players go only @aguerosergiokun is world class.