Roy Hodgson: A Liverpool failure who was promoted to England's top job

Hodgson lowers expectations to such a degree that his players feel compelled to meet them, not surpass them.

His experience at Liverpool was ignored, dismissed as the demented reaction of a hysterical fanbase, yet his miserabilist time at the club offered plenty of clues. 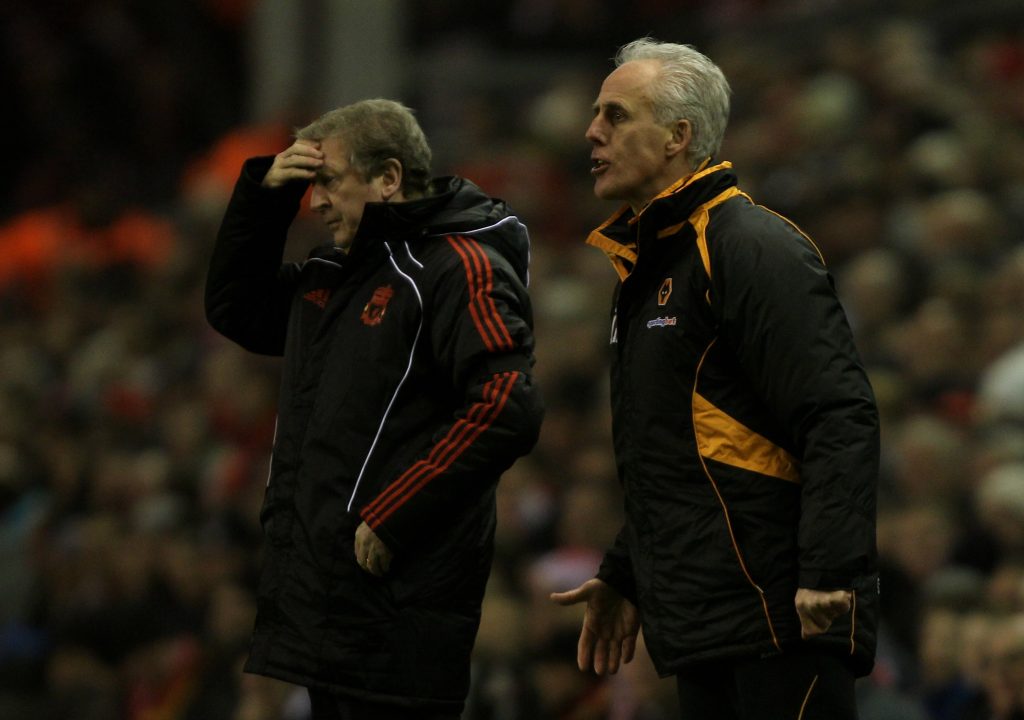 END_OF_DOCUMENT_TOKEN_TO_BE_REPLACED

Hodgson should have lost his job after the World Cup two years ago, but he talked so persuasively about the future that some failed to see that he hadn’t changed, that he could never change.

Persevering with Hodgson after a World Cup where England picked up one point (a scoreless draw against Costa Rica) was an extraordinary act of faith.

“It bodes well for the future,” Hodgson said after the defeat to Uruguay and in a way, of course, he was right. It certainly anticipated the future. 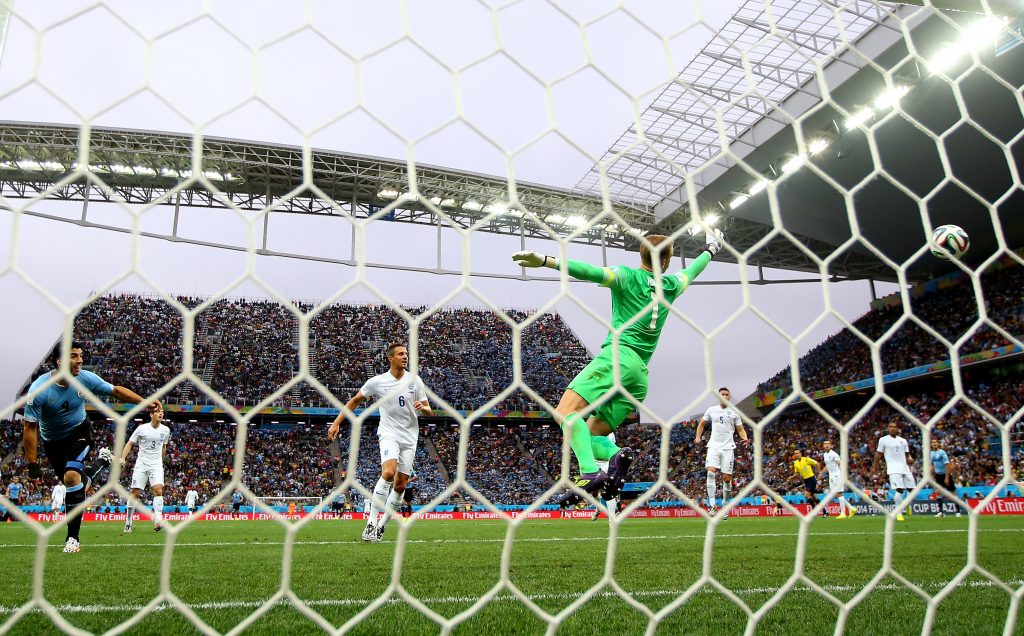 END_OF_DOCUMENT_TOKEN_TO_BE_REPLACED

On that night, he also talked about how England had controlled Luis Suarez in general play. Suarez had scored twice, but Hodgson inhabits a world of general play, a world where results are simply unfortunate events that come out of nowhere, like shutting the door behind you and realising you’ve left your keys on the hall table.

But, as Hodgson knows from all the fine books he has read, a man’s character is his fate. England, conditioned to lose, appointed a manager who expects to be defeated and the result was unsurprising: humiliation.

END_OF_DOCUMENT_TOKEN_TO_BE_REPLACED

If England were to escape their record in major tournaments (three wins in the knockout stages since 1990), they needed somebody who could energise a group of players, not plan for a non-existent future.

England had the youngest squad in the competition, but Hodgson seemed uncertain about what to do with the players whose talent and achievements this season demanded inclusion. Jamie Vardy was under-used, while Marcus Rashford showed last night that he is fearless. 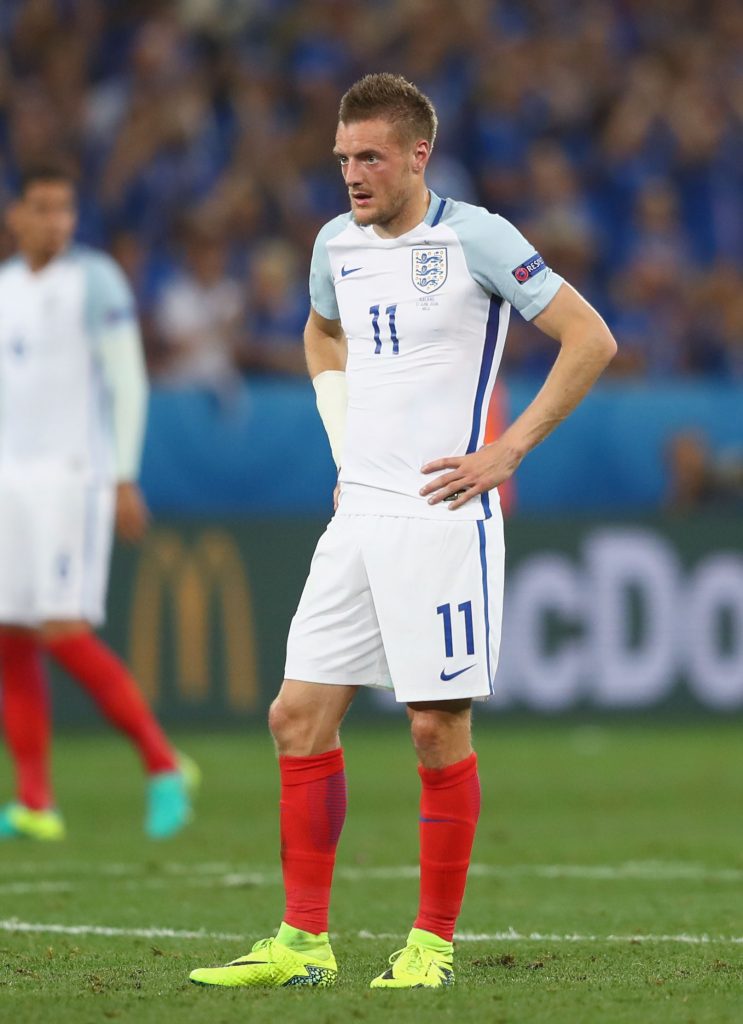 Hodgson talked about the future, but when it arrived he seemed to be another Englishman without a plan in Europe. After winning ten games in qualification, Hodgson might have been expected to know his best team, but he went into the competition unsure of what he wanted to do.

What he did do was unadventurous and little different to, say, the approach of Sven-Goran Eriksson or Steve McClaren. Danny Drinkwater would have been a better squad selection than Jack Wilshere or Jordan Henderson, but he was left behind.

When this weakness was combined with a staggering failure to appreciate the dangers of Iceland (Hodgson didn’t watch their game against Austria as he went sight-seeing in Paris instead) then England were always going to experience a familiar feeling.

Hodgson could not be expected to solve the problems of English football in four years, but the FA appointed a man who was never going to do that. He was a presentable face, an erudite man who spoke many languages and was familiar with great literature. His reading had taught him much about the futility of human existence and it was this message he seemed to transmit unconsciously to his players.

Those who have come from abroad to play there may have more experience of the world, more experience of adapting and thinking on your feet. England’s players, mainly raised in the academy system, have been developed in a brutal but bloated system where players make huge money at an early age, something which would dull anyone's senses.

It is not just England that has these problems. Arsene Wenger has pointed out that the best strikers are South American, and youth coaches are now trying to find ways of coaching spontaneity.

Those who were spontaneous - Vardy, Rashford - were on the margins for England, while they retreated to a safe and cautious place, a conservative place created to conceal their fear. 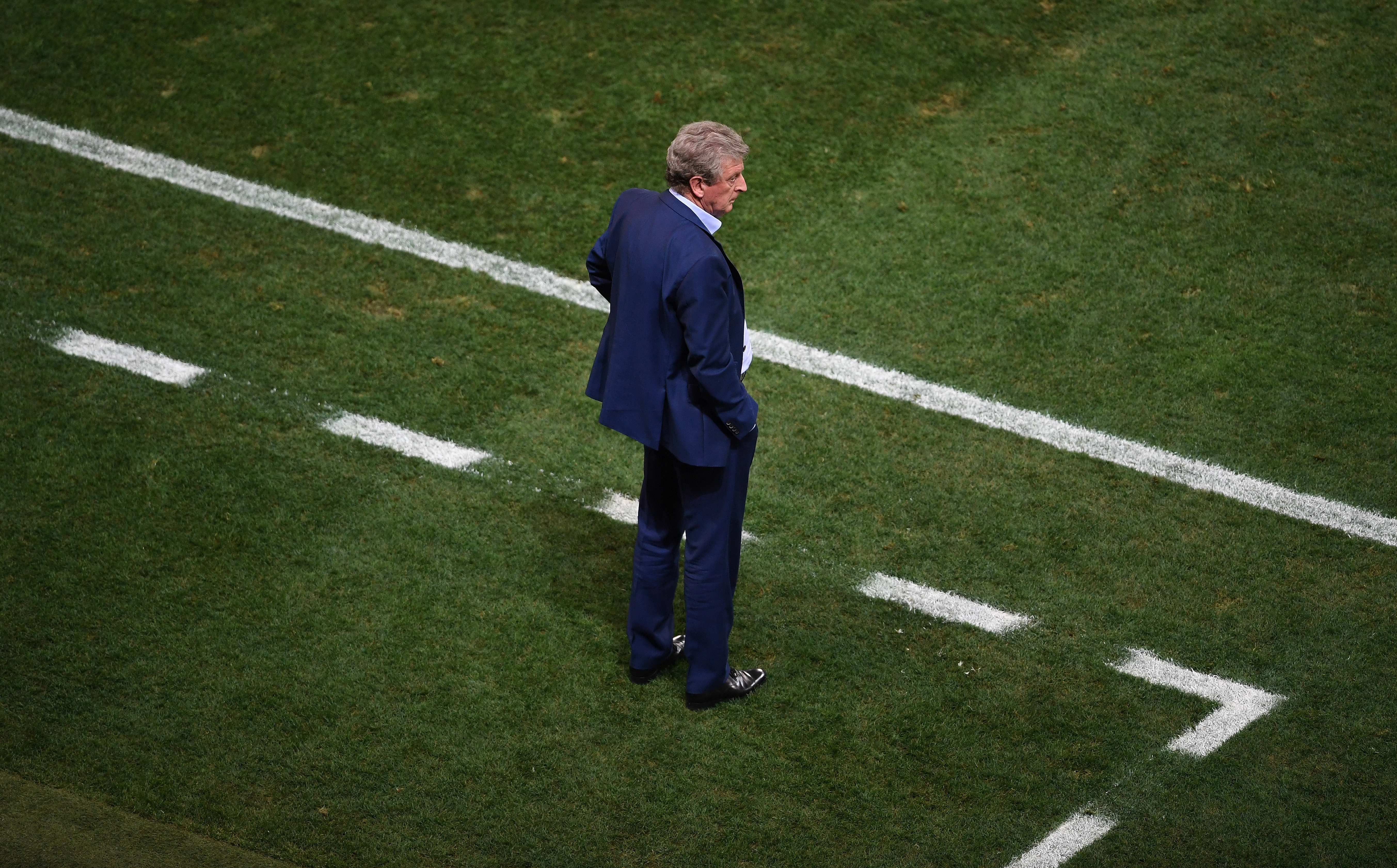 In the most mundane way, this can be seen in the way England’s players – wary and mistrustful of the media - are chaperoned through mixed zones, the projected self-importance of those who usher them through concealing the truth: fear. Fear of being stitched up, fear of saying something embarrassing, fear concealed behind a mask of bluster and corporate assurance.

Yet players from countries with a media which is every bit as intense wander happily out and talk to journalists from around Europe and the world. They seem to know less fear which maybe has some bearing on how they play the game.

On ITV on Monday night, the pictures showed Iceland celebrating while the commentary referred only to England’s gloom, a self-important isolationism compounded when it it was suggested that this result will dwarf the staggering crisis engulfing the UK and Europe right now.

England’s tournament has been shaped by events the players and Hodgson had little to do with: the trouble in Marseille and Brexit created a sense of England as an uneasy presence in the competition.

“You can go home. You can go out of Europe. You can go wherever the hell you want,” Icelandic commentator Gudmundur Benediktsson said famously on Monday and it was hard not to feel that his words made sense. 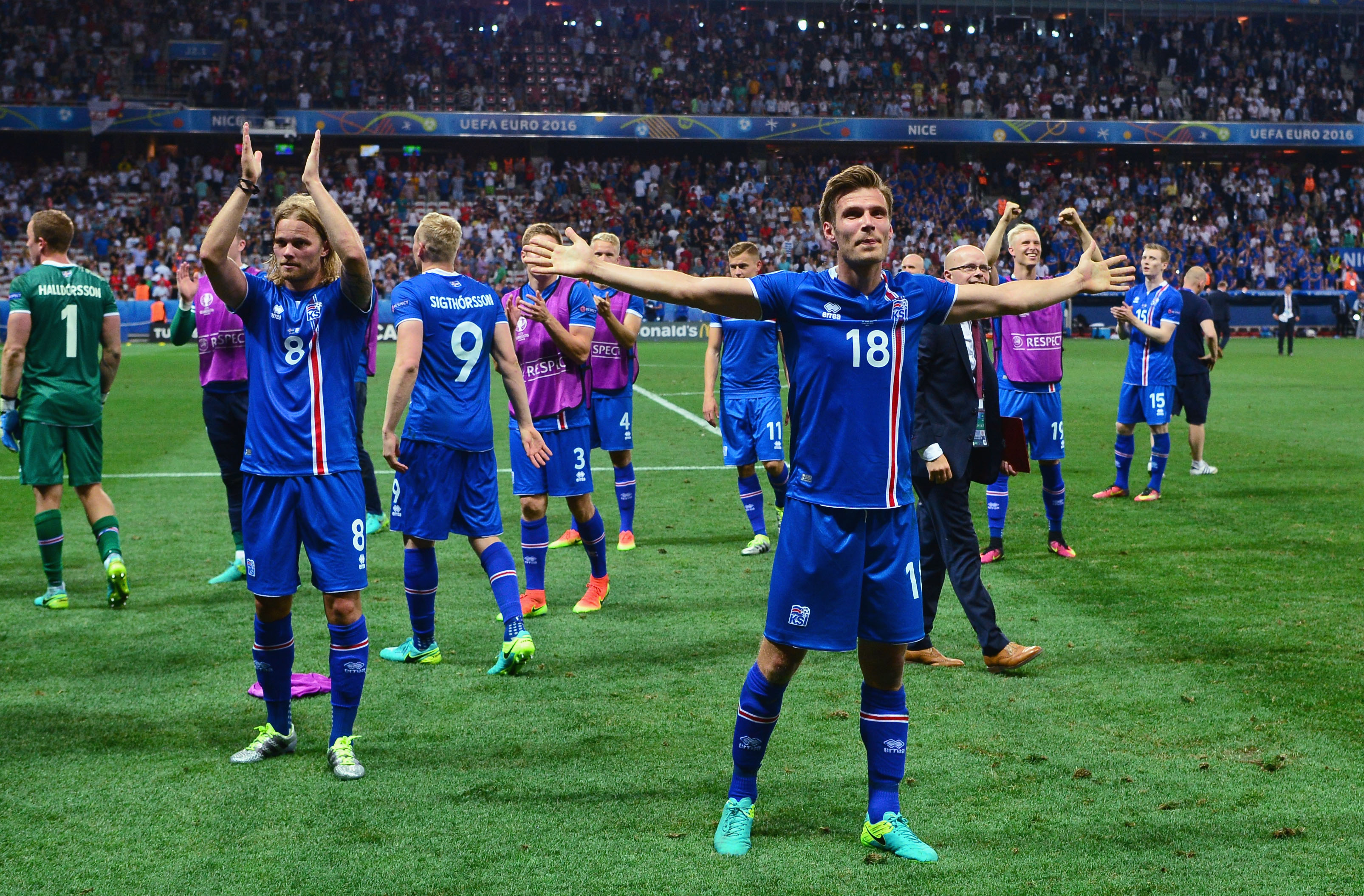 This was Iceland’s story much more than England’s, a story of intelligence and development, a story of a country which created a plan for the best of reasons and watched as it was gloriously fulfilled.

The FA have, naturally, ordered a review into the tournament which may conclude, as most reviews tend to, that England must now do the opposite of all they’ve just done.

The FA, a vast and bloated bureaucracy itself, needs to encourage its coaches and players to see the world, to believe, now more than ever, that they can learn more abroad than they can in the comfortable world of the Premier League.

Even that will provide no guarantees. Hodgson was a man of the world, but his experiences seemed to have confirmed an innate instinct that the world was a dangerous place and teams must be prepared accordingly.

England now retreats while Europe gets on with the serious business. Those who wanted their England back could take some comfort in their football team. In that arena at least, England will never change.

popular
Premier League player arrested on suspicion of rape facing two more allegations
Lurpak spotted on sale for £9.35 in supermarkets - with security tags on packs
Towie’s Yazmin Oukhellou and Jake McLean had ‘furious row in Turkish club’ minutes before horror crash, report claims
British schoolboy breaks internet after attending prom in sequined tuxedo ballgown
Conspiracy theorists believe the world will end today - here's why
Teens are turning up to watch Minions in suits - and why cinemas have been forced to ban them
Albert Riera forced out of first Olimpija Ljubljana press conference by club ultras
You may also like
Sport
Eddie Nketiah and Tariq Lamptey close to switching international allegiance
Sport
Gareth Southgate says 'WAG' is a 'disrespectful' term
Sport
Fan 'racially abused and punched' by Germany supporter who made slur at Jude Bellingham
Sport
Owen Farrell, Manu Tuilagi and 10 uncapped players in latest England squad
Sport
'He's got an aura about him' - Big calls as Kyle Sinckler selects his 'Ultimate Pack'
Next Page