Jason McAteer: "The Sun are twats for giving away free newspapers in Manchester Airport this morning"

27 years is a long time to wait for justice. Far too long.

On Tuesday though, Liverpool – the club, the supporters, the community – got some form of closure as the verdict was returned from the inquest into the awful disaster in 1989.

Cheers, tears and applause as all 14 questions are answered https://t.co/eZj8vq0WSC

END_OF_DOCUMENT_TOKEN_TO_BE_REPLACED

Jason McAteer was flying to Ireland at the time the verdict was revealed and he was glad of the outcome - but it doesn't take away the hurt and strain suffered along the way.

And it didn't take away the memory of 'The Sun' giving away newspapers for free in Manchester Airport en route across the Irish Sea.

'The Sun', of course, earned widespread criticism for its front page smear of the victims just days after the catastrophe.

Wonder if The Sun will do a front page on the truth tomorrow? #JFT96

It hasn't been forgotten in the city of Liverpool either, despite a very public apology in 2012.

"The Sun are twats for giving away free newspapers in Manchester Airport this morning. You can quote me on that," McAteer told SportsJOE today. He added:

"I think the most important thing, for everybody, is closure. Closure is the massive word. Everyone wants closure and justice. We all knew what happened on that day. It had to come out and it had to be cleared up. 27 years, it's a disgrace. We finally got there and now it's coming out and people can deal with that. A lot of family and a lot of friends and a lot of people put a lot of effort into that, it's taken its toll. Now they can get on with their lives in the right way but it's taken far too long to get to this point. Now it's finally here, I think it's going to bring closure and the truth. That's what people wanted and we're getting it." 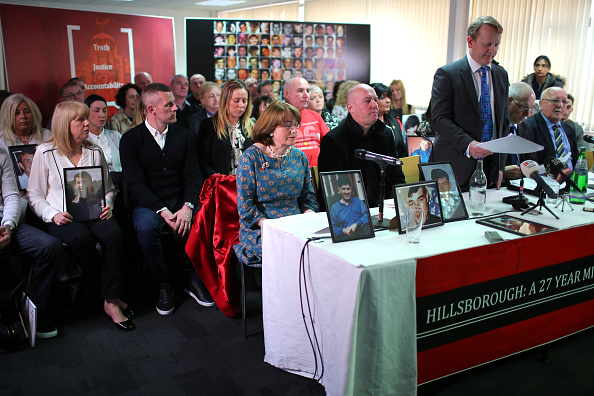 "It should never have happened. There are people accountable and this is why this inquiry happened. The bottom line is people wanted closure. They wanted the truth out there, people to clear their name."