Steven Fletcher's horrific head gash is not for the squeamish

First of all, this is not for the faint of heart.

When two players clash heads, you always fear the worst. But thankfully after Sunday's collision, Steven Fletcher and Tommy Elphick appear to be okay. 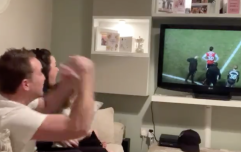 END_OF_DOCUMENT_TOKEN_TO_BE_REPLACED

The pair banged heads pretty viciously during the opening weekend of Championship action, as Fletcher made his Sheffield Wednesday debut against the recently-relegated Aston Villa.

While Elphick was able to continue after some treatment, it quickly became clear that Fletcher would have to be taken off the field.

The Scottish international was seen with blood pouring from head and he was eventually replaced by former Norwich striker Gary Hooper.

Although he was apparently not concussed, Fletcher needed ten stitches to his head after the coming together, resulting in a pretty nasty looking gash which ran across the top of his head and down his forehead.

We're not medical experts, but we imagine the 29-year-old will be carrying the results of the challenge for quite some time.

Err… This is the result of the clashed heads at the weekend for @stevenfletch10 #swfc #OUCH pic.twitter.com/rFrejw8iRM 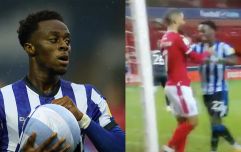 END_OF_DOCUMENT_TOKEN_TO_BE_REPLACED

But, with football fans being football fans, there wasn't a whole lot of sympathy for the former Sunderland forward.

The hard men of Twitter all stepped forward to remind Fletcher of the proper way to react to having your head split open and empty itself of that nasty "blood" stuff that's inside.

you think it hurts??, a few runs around Greno woods will soon make you forget that pain!. Go!!.