This time two weeks ago, Beşiktaş were in dreamland.

The Turkish champions had come back from the brink against Benfica, turning a 3-0 half-time deficit into a 3-3 draw after late goals from Ricardo Quaresma and Vincent Aboubakar. 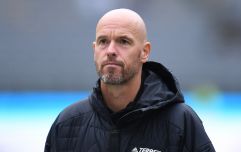 END_OF_DOCUMENT_TOKEN_TO_BE_REPLACED

That result meant that victory over winless Dynamo Kyiv in their final group game would see Şenol Güneş' team get beyond the Champions League group stages for the first time in their history.

Benfica and Napoli - both of whom were one point clear of Beşiktaş - were meeting in Portugal, meaning victory in Ukraine could even see them top the group.

It was not to be, however, with red cards for Aboubakar and Andreas Beck before the hour mark making victory a near-impossibility, and the hosts ended up putting six goals past visiting goalkeeper Fabricio. 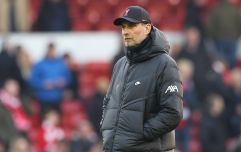 END_OF_DOCUMENT_TOKEN_TO_BE_REPLACED

It was as far as anyone could have got from the expected outcome, and the Turkish club's English-language Twitter account had a few choice words for the referee.

If the visiting fans were hopeful of victory, it seems the players were too, not least Fabricio.

The Spaniard had done his bit earlier in the group stage, saving a Lorenzo Insigne penalty during Beşiktaş' shock win in Naples, but the result in Kiev hit him hard.

And, when Derlis González struck on the stroke of half-time to give the Ukrainian side a 4-0 lead, you could see it on Fabricio's face.

As European implosions go, this is right up there, but at least they've still got a place in the Europa League to look forward to.