With his socks on too.

Sonny Bill Williams and his New Zealand teammates arrive in Auckland later this evening. The World Cup winners are aboard an all black Boeing 777-300 that will touch down at Auckland International Airport around 7am on Wednesday morning [NZ time].

END_OF_DOCUMENT_TOKEN_TO_BE_REPLACED

There is not much time to rest up as a victory celebration is planned for Victoria Park in downtown Auckland. Another event is set to take place in Christchurch a couple of days later.

While all 33 players [two injury call-ups] and coaches will be feted, one man in particular may elicit the biggest cheer of all.

Sonny Bill Williams further enhanced his reputation as a stand up bloke by two great acts of kindness in the World Cup. 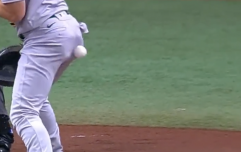 END_OF_DOCUMENT_TOKEN_TO_BE_REPLACED

He came to the aid of 14-year-old fan Charlie Line after he was tackled by a security guard while trying to congratulate the victorious All Blacks, then handed his winners' medal to the teenager.

World Rugby presented Williams with a replacement medal on Sunday night and his night got even better.

Here he is with Ma'a Nonu and William Webb Ellis [the golden trophy] in a memorable three-in-a-bed snap.

Looks like me and @maavelous have a new roomy for the night.. pic.twitter.com/yZW1jhzBa7 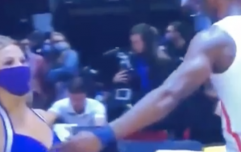 END_OF_DOCUMENT_TOKEN_TO_BE_REPLACED

Speaking about Line, Williams said, "I just picked the kid up and took him back to his old lady and tried to make the night more memorable for him. The way he got round the security guard he could be a future All Black in the making.

"The coaches started joking with me afterwards that it was solid gold."