The 25-year-old has thrived since the arrival of Solskjaer and the Norwegian manager insists 'he's a Manchester United boy through and through'.

"That's the Paul I have known since he was in the reserves and youth team," Solskjaer said via the BBC.

"He's always been a happy boy, a big smile on his face and when you score two you're happy. It's a response and Paul loves playing for this club. He's a Manchester United boy through and through and knows what it means to play for the club."


Solskjaer received a huge ovation from the Old Trafford crowd in what his first game since taking charge of the club and he said that the 3-1 win over Huddersfield would be a game and a day that he would never forget. 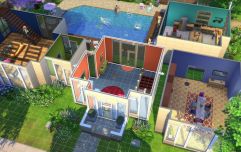 END_OF_DOCUMENT_TOKEN_TO_BE_REPLACED

"It's humbling knowing I'm leading this team out," the former striker added.

"Let's see if I get used to it. I captained a couple of games but this was very different. They are the best fans in the world. I had such a great relationship with them.

"It was special hearing the crowd singing my song. It makes you really proud - and my family - and it's a day I'll never forget.

"I was surprisingly calm all day. The lads have helped me settle in really quickly."