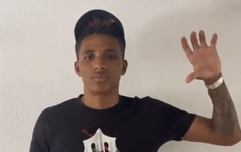 END_OF_DOCUMENT_TOKEN_TO_BE_REPLACED

The Japanese international, who returned for a second spell with Dortmund from Manchester United in 2014, had been expected to leave Germany in the January window after hardly featuring for the Bundesliga leaders this season.

Having expressed an interest in moving to Spain two months ago, it seemed earlier in the week that his most likely destination would be AS Monaco, with the Ligue 1 strugglers reportedly poised to complete a temporary move for him.

Despite this, Kagawa arrived in Istanbul on Thursday to complete a loan move to Besiktas - a deal which could be made permanent in the summer. 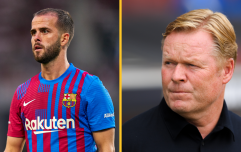 END_OF_DOCUMENT_TOKEN_TO_BE_REPLACED

Besiktas currently sit sixth in the Turkish Super League, the division they last won the season before last.

Kagawa rose to prominence in his first spell with Dortmund, who he joined from Cerezo Osaka in 2010.  His form in Germany attracted the attention of Manchester United, with Sir Alex Ferguson signing him in 2012. Despite becoming the first Asian player to score a Premier League hat-trick, Kagawa failed to  hold down a regular starting berth at Old Trafford and was sold back to Dortmund by Louis van Gaal.

popular
British teen says she was raped in Majorca hotel by 'famous actor and musician'
Amber Heard is now being investigated for perjury
Radio station plays 'Killing in the Name' non-stop from 6am after multiple staff get fired
Supermarket cracks down on people breaking off broccoli stems to save money at the till
Police hunt for two 'laughing' men who kissed three-year-old girl in front of distressed mum
Bette Midler wants the US to ban Viagra because it’s ‘God’s will’ to have a ‘limp d**k’
Lewis Hamilton could be banned from British Grand Prix
You may also like
Sport
Loris Karius 'has gone a bit stagnant' and 'something is wrong' with him, says Besiktas manager
Sport
Loris Karius makes two stunning saves in Turkish Super Lig game
Sport
Besiktas president gives significant update on Loris Karius
Sport
Loris Karius takes to social media to respond to reports linking him with Liverpool return
Sport
Loris Karius set to be dropped by Besiktas
Next Page