There you were, naively thinking you might actually be warming to VAR. And then Portugal versus Iran happens. 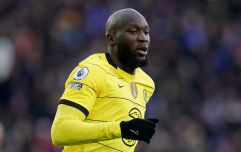 END_OF_DOCUMENT_TOKEN_TO_BE_REPLACED

In the end, the game finished 1-1 and Portugal progressed to the last 16 stage with Spain. It could, however, have been so very different after an eventful last couple of minutes.

Iran's goal came from a stoppage-time penalty, awarded after a VAR review from the referee. After a check, he saw fit to award the spot-kick for handball against Portugal's Cedric Soares. "A farce," said Mark Lawrenson. He was right.

It could, however, have been much worse for the European champions. Much, much worse.

Seconds after drawing level, the ball fell to Mehdi Taremi inside the Portuguese area. With only the goalkeeper to beat, he could only find the side-netting, agonisingly close to sending Cristiano Ronaldo and co. on a flight back to Lisbon. 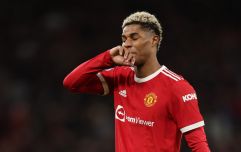 END_OF_DOCUMENT_TOKEN_TO_BE_REPLACED

Alan Shearer, on punditry duty for the BBC, didn't hold back in his assessment of the situation.

"Farcical... shambolic." he said. "The referee is a very lucky guy. If Iran score at the end it would have been absolute chaos.

"How on earth can he think that is a penalty? If he thinks it is deliberate handball, he's crazy.

"There is no way on earth that is deliberate handball. It turns the game into an absolute farce."

Along with Pablo Zabaleta, Shearer also highlighted how the introduction of VAR seemed to have increased playacting in the game, instead of having the adverse effect.

Has VAR made playacting worse?

popular
Lisa Kudrow hits back at fans complaining about lack of diversity in Friends
Landlord faces £40k fine after tenant puts swimming pool on roof of flats
James May 'hospitalised after crashing into wall at 75mph filming new show'
The JOE Friday Pub Quiz: Week 307
Robin Williams' wife shares reason why he killed himself
Furious Reading and Leeds ticketholders demand refunds as band replaces Rage Against The Machine
Ex-teacher who got pregnant by former student plans to film birth so it can be taught in schools
You may also like
Sport
Alan Shearer says Man City were 'played like mugs' during Ronaldo transfer saga
Sport
First football match with no heading to take place this month
Sport
"It's pathetically embarrassing" - Alan Shearer rips into Ciro Immobile after outrageous dive
Sport
WATCH: BBC pundits react to Raheem Sterling's opener against Germany
Sport
Alan Shearer: Supporting Newcastle hurts the eyes, heart and soul
Next Page