Shane Lowry delivered big time for Ireland as he and Tyrrell Hatton teamed up to take down Harris English and the red-hot Tony Finau. 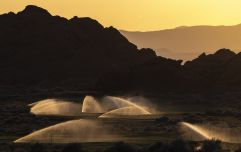 END_OF_DOCUMENT_TOKEN_TO_BE_REPLACED

Selected as a Team Europe Captain's Pick by Padraig Harrington, Lowry was then left out of the foursomes on Friday and Saturday. He showed serious mettle, though, to play a superb round and inspire his fourballs pairing to a much-needed point.

Lowry was dialled in from the get-go and dropped three straight birdies to put Europe 1 Up. The Americans were in good form, too, and stayed in it, but Lowry was leaving it all out there:

There may not have been many European fans at Whistling Straits, due to Covid-related travel restrictions, but Lowry was bringing the noise all day:

Even when he lost his mojo, down the closing stretch, Hatton came up with some big shots to keep their noses in front. The complete list of LIV golfers, as more big names join up

END_OF_DOCUMENT_TOKEN_TO_BE_REPLACED

It looked as though Hatton would close it out on 18 as Team Europe lead by a stroke, but a bad approach landed him in a greenside bunker and he would eventually bogey.

It was left to Lowry, then. The Ryder Cup rookie had to pitch out from a bunker with his second shot but his iron approach to the final green left him with a 10-foot par putt to win it. With a smooth stroke, he put a point on the board for Europe.

And didn't he just love it:

Following his victory with Hatton, who had claimed a half point in his Friday foursomes, Lowry told NBC he was delighted to get a crack off Finau and English after they had beaten him and Rory McIlroy 4&3 on Friday afternoon:

"Myself and Rory didn't get the job done on Friday. We came up against a strong Tony and Harris. When I saw the pairings [for this afternoon], I thought this was a chance to get one back on them."

It sure was, but the Team Europe sweep that they so desperately needed did not materialise.

The foursomes were split 2-2 and Team USA go into the final day 11-5 ahead, needing only 3.5 more to win The Ryder Cup.