Serena Williams is the best ever, and we need to cherish her while she’s still around

There are few dominant athletes who have had to work as hard for the acclaim they deserve than Serena Williams.

The world number one is equal to Steffi Graf’s record of 22 singles Grand Slams, set 17 years ago, and she already has 14 doubles titles to the German’s one, all achieved alongside sister Venus. 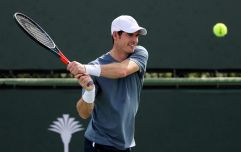 END_OF_DOCUMENT_TOKEN_TO_BE_REPLACED

Speaking to Eurosport before this year’s Wimbledon championships, when Williams drew level with Graf, coach Patrick Mouratoglou said he had no doubts about Williams’ ability to achieve the feat, and we imagine he has little doubt over her ability to win number 23.

“The good thing is we have many occasions because she's in finals almost all the time.”

So, with that level of achievement, not to mention consistency, why has it taken so long for the praise directed at the American to truly match what she has done in and for the game?

Ever since emerging as a force in the sport as a teenager (she won her first US Open title a couple of weeks before her 18th birthday), Williams’ strength and power has been singled out as her defining quality, often to the point where some imply it gives her an unfair advantage.

As recently as this year her head-to-head record with Maria Sharapova was talked of as a rivalry, despite the American holding a 19-2 career record over the woman five years her junior, as if to play off two contrasting styles against each other with no accounting for the actual difference in results or consistency.

END_OF_DOCUMENT_TOKEN_TO_BE_REPLACED

By way of comparison, Roger Federer holds a 19-2 career record over Nikolay Davydenko, a man who never reached a Grand Slam final. You would be hard-pressed to find anyone who refers to ‘The Federer-Davydenko Rivalry’ to the extent that the back-and-forth between Williams and Sharapova is presented as anything other than just another one-sided series.

There are reasons for Williams being viewed in this way. Race plays a part, whether people care to admit it or not (Media Diversified have covered this in more detail here). This is particularly true among those who erase her skill and mental toughness in their reductive, power-focused depictions, while there are also perceptions based on preconceptions of what femininity ‘should’ look like.

Not only are these entirely flawed, but they only serve to remove Williams’ actual achievements from any narrative of her success. It lessens her successes (she *should* always win, based on this invented narrative) while also exaggerating the achievements of those who defeat her, as if she is an intangible end-boss figure, over whom victory means more.

Sharapova's last victory over Williams came in 2004. Williams has won the last 18 meetings between the two (Photo by Robert Laberge/Getty Images)

It is important to distinguish here between a legitimate underdog narrative and the presentation of elite players as minnows to fit the premise of Serena as a powerful conqueror whose physical strength is her overriding asset. There will always be sports fans who root for an unfamiliar face to break up the dominance of the best in the business, be it football’s ‘Anyone But United’ crowd or those Formula 1 fans who rejoiced when a driver from one of the smaller teams broke up the dominance of Schumacher-era Ferrari.

Enter the 2016 US Open, and it was this aspect of rooting for the underdog which seemed to characterise Williams’ only all-American match-up of the 2016 tournament at Flushing Meadows: her second round meeting with Vania King. 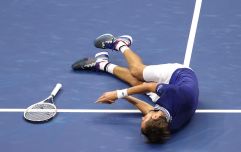 END_OF_DOCUMENT_TOKEN_TO_BE_REPLACED

Williams was going into the tournament off the back of some notable ‘failures’ (for one of the best players a sport has ever produced, any tournament in which you don’t reach the final will be seen as a failure by some).

She had fallen short of Olympic Gold in both singles and doubles, unable to defend titles which she won on her own and with sister Venus in London in 2012.

Coupled with defeat to Angelique Kerber in the final of the Australian Open and a straight-sets loss to Garbiñe Muguruza at Roland Garros, questions were beginning to be asked with regard to how long the 34-year-old might have left at the top.

In such a situation, it’s natural for attention to turn towards who might fly the flag when the surname Williams is no longer a staple in Grand Slam draws. Since Andy Roddick won at Flushing Meadows back in 2003, only five of the 51 men’s majors - and just one in the last decade - have involved an American finalist. It seems inconceivable that the women’s game will go the same way, but you would have said the same about men’s tennis during the dominance of Sampras and Agassi.

With this in mind, it would be easy to draw symbolism from Williams being drawn against a woman who shares a surname with one of the most successful Americans of the previous generation. But this King is as far removed from her namesake as possible.

A two-time Grand Slam doubles champion, winning at Wimbledon and the US Open in 2010 with partner Yaroslava Shvedova, the 27-year-old’s singles résumé is considerably less decorated.

Her sole career singles title came almost a decade ago, while 36 Grand Slams (11 in Queens, New York) had never produced a run beyond the third round.

And while she may be a seasoned pro, the aura around Williams - especially at her home Grand Slam - has a funny way of affecting people.

To describe King as being overawed would be unfair. She is exactly the right amount of awed. That certainly seems to be a factor in her slow start, only winning her first game after mumblings of the word ‘bagel’ began to emanate from the courtside seats.

After picking up her first game, she turns to her family with a beaming smile, almost as if to say ‘Look! I got one!’, in much the same way as a shorter footballer might slap their forehead in glee after scoring a rare header.

While it would be wrong to look at King’s display as the performance of someone looking to impress an opponent they admire, there is undoubtedly a sense that the opposition has both forced and allowed the younger player to raise her game.

Once she gets over the hiccup of the first three games, we see her truly make a contest of it and put Williams to a genuinely stern test.

In such a scenario it must be weird to be in Williams’ shoes. To be expected to win every match, if not every point, and to take on opponents who watched you win when they were growing up and when the expectations on you were exactly the same.

There have been examples in other sports of spectators being aware that they were watching a one-of-a-kind talent and ought to cherish the opportunity. Usain Bolt is one such example, as is Michael Phelps where the aura and legend bubble to the top before others catch up with the talent, to the point that they are spoken of in the past and present tenses simultaneously. You have to force yourself to enjoy and appreciate something in the knowledge that there will undoubtedly come a time in which you’ll get to tell your children and grandchildren ‘I was there’.

But even Bolt and Phelps have a slight mystique, borne from the fact that many of the Olympic golds (Bolt’s first three, Phelps’ remarkable eight in one games) came in the relatively inaccessible terrain of Beijing. For American fans, Serena’s dominance began at Flushing Meadows and has returned there almost on a yearly basis.

If it’s tough to conceive of merely watching it without breaking your internal fourth wall, imagine what it must be like to live it. With the combination of pressure, expectation, personal legend and being alone on the court with your own thoughts, the wins gain a great deal more majesty.

Williams finds herself in a unique situation in matches like the one against King. Lose, and it will go down in history. Win, and it just gets thrown on the pile with all the others, only remembered in any sort of detail by those directly involved. It might have been a chance to tie Martina Navratilova’s record of 306 grand slam victories, but when number 307 and 308 arrived against Shvedova and Simona Halep later in the week it would become ancient history.

After more than a decade and a half of such scenarios, it could be easy to lose focus, but that’s not what greats do.

Greats stay pumped up, shouting encouragement at themselves while fighting to hold serve at 6-3 0-1. Greats hold nothing back when it comes to Grand Slams, regardless of the round or the opponent.

One day Serena Williams will retire from tennis, quite possibly with a set of records that will never be broken. She is doing all she can to ensure that when that day comes, there will be no regrets. Not from her, and not from those who have had the good fortune to watch her do what she does best.

popular
Toys R Us returning to the UK four years after it went bust
Man knocked out in single punch by ASDA security guard and dragged across floor by his hoodie
Jada Pinkett Smith admits she had to lower her sex expectations of Will Smith
Average number of sexual partners in UK revealed
Influencer criticised for photoshoot at her dad's funeral
Miralem Pjanić rubs salt in the wounds after Koeman sacking
Gordon Ramsay hits back at radio host for 'fat-shaming' daughter Tilly
You may also like
News
Golden Retriever breaks Guinness world record for most tennis balls in mouth
Sport
Daniil Medvedev beats Novak Djokovic in US Open men's final
News
People are digging up old Nigel Farage quotes after he congratulates Emma Raducanu
Life
Piers tried to get in on the Raducanu reaction after criticising her Wimbledon exit
Sport
US Open: This is what the Queen wrote to Emma Raducanu after her incredible win
Next Page