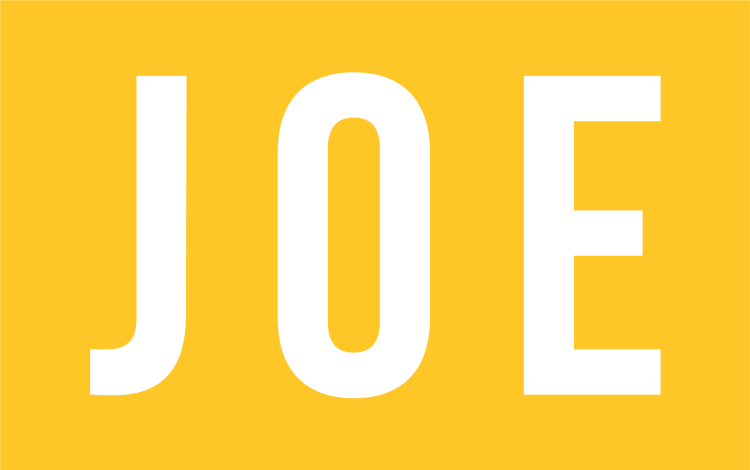 The Cathedral of College Basketball sits at the heart of the University of Pennsylvania's campus in West Philadelphia. It has stood for over 90 years and hosted more college basketball games than any other venue in America.

In 1958 three of the greatest players in NBA history played here in the same summer: Jerry West; the logo himself, Oscar Robertson; the first player to average a triple double over the course of a season, and Wilt Chamberlain; the 100-point game behemoth who changed the sport forever.

Chamberlain, Philly born, dominated there years prior to that as local high school Overbrook's star player between '53 and '55. He led them to back-to-back city championships in the building. Kobe Bryant, another Philadelphia native, turned out for Lower Merion there before joining the NBA at 17-years-old. LeBron James came and blew the doors off too, putting up 26 points, eight rebounds, five assists and seven steals for St. Vincent-St. Mary High School in 2002.

Tickets cost 50 cents for students when the gym opened. A courtside season ticket will set you back $550 now.

Rich Prendergast, a radio analyst working the game, thought back to his first experience at the venue before tip-off.

“I had a 50-cent student ticket,’’ Prendergast told the Philly Inquirer. “I got stopped about five times on the way over from the train. I was offered 20 bucks. I was 14. I said, ‘I want to see Wilt.’"

They call it the Palestra, the term for the wrestling courtyards of ancient Greek gymnasiums. There was a sense of history from the start. You can see it. You can feel it too, in the steel and the concrete.

It’s impossible not to come here and think about your own formative experiences playing sport.

They were shit compared to this.

They were so, so shit.

It's Saturday evening and ESPN have a full television crew, including presenters and courtside analysts, covering the big game. It will be broadcast live to millions. When I get back to the hotel that night, I will see the highlights played back to me in between the NFL coverage. Fans in the crowd wave giant cardboard cut-outs of the players’ faces. There are four separate cheer leading squads that operate at each corner of the court. A scout from last year’s NBA finalists, the Cleveland Cavaliers, sits next to me in the press row. A seat next to him, for another from the mighty Golden State Warriors, is empty. But still.

You can buy pizza slices and special commemorative cups of soda as big as your head from the concourse, down past the old trophy cabinets and the black and white portraits of men with the same high and tight haircuts. When the first three pointer clanks home on the second possession of the game, an improbable bank shot that goes in just as the shot clock flashes to 00, ribbons in one of the team's colours are fired onto the hardwood from every perceivable angle.

The game is stopped, and the cheerleaders must now operate in their second capacity as impromptu litter pickers. In terms of occasion, it ranks somewhere between an episode of Friday Night Lights and the second coming of Christ.

This is it then, the great American dream, concentrate. College sports, where every moment plays out like a scene from a movie, where the sepia tone practically oozes out of the walls.

INTERLUDE: Huddersfield, The North, England. It is a Wednesday, the day reserved for BUCS sport between British universities.

I am playing for the University of York 4s, the lowliest of the men's football teams at the university. We're away at Huddersfield, obviously, playing their third string team in a game to decide absolutely nothing. It's the last game of the term. I think it snowed. I think I was hungover. In fact I was definitely hungover.

At full-time, we are jubilant.

On the coach afterwards we sit, showered, in our club ties. We drink warm tinnies. We play our drinking games at the social that night and go to the club we always go to on a Wednesday. Alcopops are consumed in quantities that would make Jamie Vardy blush.

It is the last game I will play for the University, it is the pinnacle of a pale sporting life.

The narrative here is pure Hollywood, weightier in every aspect.

The defending college champions, Villanova, won the 2018 NCAA tournament in dominant fashion. They have since lost four of their five starters to the NBA draft, and were the ninth ranked team in the country at the beginning of the season. La Salle, their historic rivals, are unranked, and had lost all seven of their opening games going into the fixture. They had also lost to Villanova in fifteen of the last sixteen encounters with their historic rivals, both members of Philadelphia’s historic ‘Big 5’.

The Big 5 has been going for over 50 years. It's an unofficial championship that signifies the fierce rivalry between the basketball schools in one of the sporting cities in America. Its fixtures are played in rapid succession in the buildup to Christmas, with each team playing four fixtures in the space of ten days, all at the Palestra, and at the end, at least recently, Villanova usually win.

They've won it for the last five years, each time with a perfect 4-0 record. La Salle haven’t won it since 1990. If that wasn’t enough, they had three key players, including their top scorer, out with injury.

'Nova are a private traditionally Roman Catholic school located in an affluent suburb of the same name just outside of Philadelphia. La Salle are the same, but exist much closer to the heart of the city.

The home fans set on the steep incline seats in the gym had different ideas. At the Palestra you can stand at centre court and still, clear as a photograph, make out the faces of everyone in the crowd up to the top rows. That makes a difference, when the usual noisy blur isn't a blur at all.

There are proud family members, students, distant alumni and broadcasters, but the vast majority of the 6,500 attendees are what can only be described as, simply, the archetypal 'Philly sports fan'.

This, apparently, is a subgenre of human being you can spot a mile off, with Oakley sunglasses perched on their team apparel baseball caps, which are worn, by law and charter, backwards. Always. They dress exclusively in team colours and their college basketball team, more often than not, matters far more to them than any team in the big leagues ever could. They are closer to it precisely because they can get closer to it.

At the urinals at half-time I hear one of them turn to another and say "Some game."

Nothing else needed to be said.

It is easy to forget just how stupidly young some of the players are, such is the attention they receive. Occasionally, you will glance up and see the face of a baby floating six and a half feet off the ground as men in suits escort them to and from the court. In the warmups, these toddler-giants jump around with almost impossible grace and fluidity.

Bar 7’2” Cian Sullivan, a rookie from Tralee, Ireland, who moves like a frightened giraffe shunted out of an aeroplane. Not him.

His narrative thread didn't quite unfurl on the day, anyway, as La Salle stuck with only seven guys in their rotation, one of them playing in his first ever college basketball game after spending a year out after surgery on his ACL. Jack Clark, the knee-braced debutant, caught fire off the bench and hit three of his four shots, all three-pointers. His teammate Isiah Deas did too, pouring in five long-range bombs of his own.

Unbelievably, the Explorers held a 12 point lead with only five minutes left in the first half. Which led to this, an utterly bonkers back-and-forth video game sequence.

As if the rivalry didn't run deep enough Ashley Howard, assistant at Villanova last season, was poached to become head coach at La Salle. He called it a classic Big 5 battle, and he's seen enough of them.

"You've got the defending national champs playing against a team that is battling just to get better and get their first win," he said.

"All that goes out the window, and then it is just a dog fight."

There was no shirking the occasion, not in this building, not with these fans.

There were three points in it with a minute left when a dubious foul call was given. Villanova kept their nerve and sank their free-throws beneath the hisses as loud as rain on a corrugated roof, and that was the game.

Afterwards, Villanova's Head Coach Jay Wright, who has been with the school for 17 years and seen it all in that time, most notably the 2016 championship win via buzzer-beater, said:

“A Big 5 game... well what can you say? It brings me back to childhood, every time I step in this building. Once the game starts, I know crazy things are going to happen."

Two games later, La Salle are still 0-10 on the season, searching for their first win.

Villanova went back to the Palestra on Tuesday night for their last of the Big 5 games, attempting to clean sweep the city championship once more in a dizzying montage of cheerleaders and streamers, squeaking Nikes and rainbow coloured Gatorade, teenage heroism writ large.

Penn, one of the other city rivals, gatecrashed the parade, winning 75-78 in a game that went down to the wire, giving Villanova their first Big 5 loss in more than six years. At the buzzer, fans poured from the stands to hug their team, the glorious, improbable victors.

Yet another glossy, movie-montage memory made at the Palestra.

I'm not jealous, though. I'm not envious of these guys at all.

ESPN Player brings fans in Europe, Middle East and Africa more than 2,000 college basketball events live & on-demand during the regular season, every game from the single elimination tournament March Madness, and award-winning ESPN Films such as O.J.: Made in America, Chasing Tyson and more.