It's not that long ago that Samir Nasri had the opportunity to impress Pep Guardiola when the Spaniard first arrived to shake up the Manchester City team.

But Nasri was deemed overweight by Guardiola, was sent on loan to Sevilla, where he flattered to deceive, before moving to Turkish side Antalyaspor. 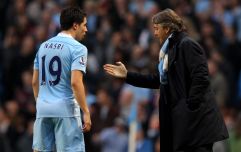 END_OF_DOCUMENT_TOKEN_TO_BE_REPLACED

After two goals in eight appearances for Antalyaspor, Nasri mutually terminated his contract with the club last month and just when you thought that his career couldn't get any more embarrassing, the Frenchman has discovered that he's been banned from football for at least six months.

The Telegraph reports that Nasri has been suspended following an investigation into a 2016 trip to a Los Angeles clinic, where he underwent an intravenous drip treatment.

The treatment is said to have taken place on December 26, 2016, when the midfielder was on loan with Sevilla and Nasri is understood to have received 500 millilitres of hydration via sterile water containing micronutrient components.

A private medical company called Drip Doctors provided the treatment in Nasri's hotel room after the player fell ill and it hit the headlines when the below photograph was posted to Instagram. 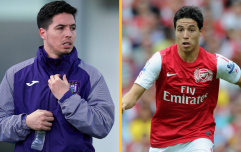 END_OF_DOCUMENT_TOKEN_TO_BE_REPLACED

Nasri's club at the time, Sevilla, attempted to obtain a retroactive therapeutic use exemption in early 2017 but the request was rejected by Uefa.

Spanish outlet Marca claim that the 30-year-old has been banned for one year but Nasri's legal representatives assured the Telegraph that the suspension was for six months.