West Bromwich Albion striker Saido Berahino has released a brutally honest statement following what he has described as the most difficult year of his career.

The England Under-21 international has played just five times this season, with his last start coming in the defeat to Bournemouth on September 10.

Berahino has struggled since a proposed move to Tottenham fell through in summer 2015, failing to build on a breakthrough 2014/15 campaign, and is now poised to return to a conditioning camp in the south of France in an effort to get his career back on track.

He has kept a relatively low profile this season as he works on his fitness, but has issued a lengthy personal statement on West Brom's website in which he admits the last 12 months have left him 'feeling depressed'.

'This last year has been the most difficult of my career and it has left me short of the form and fitness required for the Premier League,' his statement reads.

'I have never been a player who lacked confidence or a belief in himself but that has been where I have found myself and it has hit me hard. It has left me feeling depressed and struggling for focus which has made it even more difficult to regain full fitness.

'Constant speculation in the media doesn’t help and I have made this statement in the hope that it will respect my privacy and determination to get my career back on track.'

Berahino admitted he has to 'deal with' criticism from the club's fans, saying 'I know many are angry with me and feel I have let down their club'.


'But I know from the messages of support I receive there are many who still believe in me,' he continues.

'I want them to know that I intend to do everything I can to repay that faith while also hopefully winning over those who doubt me.' 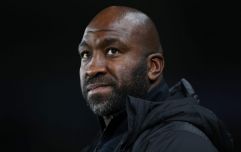 END_OF_DOCUMENT_TOKEN_TO_BE_REPLACED

The responses to Berahino's statement show the divide between Albion fans, with some optimistic about the 23-year-old recapturing his own form and others continuing to question the motives of a player who previously sought a move away from The Hawthorns.

We all just want to see you playing well, enjoying being here and scoring goals. And hope it's soon! :)

saying the right things, actions speak louder, fair play to him for speaking out, wanna prove it to fans sign a deal simple.

credit where credits due