Ryan Mason has been forced to retire from football

Ryan Mason has been forced to retire from football.

Mason fractured his skull in a match between Hull City and Chelsea at Stamford Bridge last January. The 26-year-old midfielder clashed heads with Gary Cahill, and underwent surgery following the game. 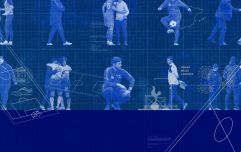 Born to manage: Mauricio Pochettino in his own words

END_OF_DOCUMENT_TOKEN_TO_BE_REPLACED

Mason began his career with Tottenham, and made 70 appearances for the club before joining Hull for £13m in the summer of 2016. He had only played 20 games for his new team before the horrific collision occurred last year. The former midfielder, who earned one cap for England, had been working towards returning to football, but has retired on medical advice.

Specialists have deemed it unsafe for him to continue his career, and he announced his retirement on Tuesday morning. Hull released a statement on their website, which reads:

"It is with deep regret that the Club has to announce that, following the head injury suffered on 22nd January 2017, Ryan Mason is to retire from football with immediate effect. Ryan has sought the guidance of numerous world renowned neurologists and neuro surgeons who have all advised that a return to competitive football is not advised. Ryan would like to put on record his thanks to all at the Club who have aided his recovery to this point and he his is indebted to them for their support and compassion over the past 12 months."

Mason released a statement of his own on his Instagram page, saying that he worked "tirelessly" to get back on the pitch. He also thanked those who offered him support during a difficult period.

popular
Stranger Things: Spotify will choose which song would save you from Vecna
Tourist dies after losing arm and leg in shark attack at popular resort
Jordan Peterson suspended from Twitter over Elliot Page comment - says he won't apologise
Adele fans have 'mad respect' for her after she stopped her Hyde Park gig to help someone in distress
Threesome sees 60-person brawl break out on cruise ship, says passenger
Woman sells pics of her thumbs on OnlyFans for £4,000
The JOE Friday Pub Quiz: Week 301
You may also like
Sport
Danny Rose sends heartwarming gesture to Ryan Mason during Spurs FA cup match
Sport
Petr Cech pays tribute to 'inspirational' Ryan Mason following retirement from football
Sport
'Devastated' Gary Cahill responds to news of Ryan Mason's retirement
Sport
Ryan Mason has spoken out for the first time since his horrific fractured skull injury
Sport
Hull City provide update on Ryan Mason and share plans for special show of support
Next Page