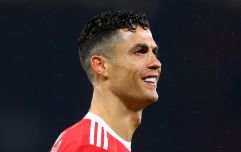 END_OF_DOCUMENT_TOKEN_TO_BE_REPLACED

Yep, we can say that now. We've reached the bit where he's posing with his new club's shirt.

As part of his official unveiling in Turin on Monday, Ronaldo also spoke to reporters. As he did, he was asked about claims that other European teams - namely former club Manchester United and Qatari-owned Paris Saint-Germain - were also looking to sign him from Real Madrid.

Although his answer failed to confirm whether or not any other clubs were looking to sign him, he did make clear that Juve were the only club that reached the point of tabling a bid.

"Juventus’s offer was the only offer I received," the 33-year-old said. 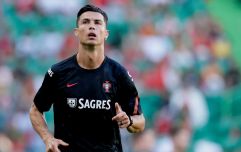 END_OF_DOCUMENT_TOKEN_TO_BE_REPLACED

It emerged over the weekend that Napoli also considered a move for Ronaldo, even entering discussions with his agent, Jorge Mendes.

However, as revealed by chairman Aurelio De Laurentiis, they opted not to pursue the transfer over concerns it would spell financial disaster for the club.

"The €350 million that Juventus will invest is beyond our reach," he told La Gazzetta dello Sport. "We would have risked pushing the club towards bankruptcy."

Instead, Ronaldo will now face Napoli as a Juve player in Serie A over the coming season. He is said to have cost the Italian champions £99.2m, nearly £20m more than the fee Real paid to bring him to the Bernabeu from United in 2009. All those goals, and he still makes them a profit. Not bad, eh?