With the international break upon us, Saturday marks Non-League Day across the UK

The idea is a simple one. Fans of those professional clubs who are not in action are encouraged to go along and support their local non-league clubs instead. 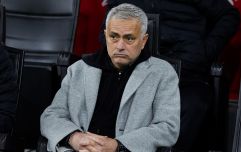 END_OF_DOCUMENT_TOKEN_TO_BE_REPLACED

One such club, Glasgow-based Saint Anthony's, have had some unexpected help from Serie A giants, AS Roma.

A tweet from the Giallorossi's English language account - quite possibly the greatest football club Twitter page ever known - announced on Friday that they would be backing the West Region League Two side when they faced Johnstone Burgh at McKenna Park on Saturday afternoon.

Although some might have mistakenly believed that Roma had reached some kind of agreement to support Saint Anthony's prior to sending their tweet, the club's media officer has now revealed this wasn't the case at all. Instead, the Serie A club's tweet came completely out of the blue.

"We did have some Roma supporters visiting in 2003," Martin McKenna told BBC Scotland, still trying to work out why one of the continent's biggest football clubs had decided to pledge their support. "One of them gave us a Roma scarf that still hangs in our committee room and we gave him a St Anthony's strip," he added.

"My brother's friend had brought four of his Italian friends with him to experience McKenna Park, but that might be a massive coincidence. 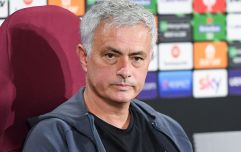 END_OF_DOCUMENT_TOKEN_TO_BE_REPLACED

"However, my cousin also recently noticed they  [Roma] tweeted support for a team in Namibia - I think they try to raise the profile of clubs around the world - and he messaged them suggesting they make us their Scottish team."

Since their tweet, Saint Anthony's Twitter following has increased more than tenfold, currently standing at over 4,000 followers.

"The first I knew about it was when my wife woke me this morning to tell me about the tweet and my phone has been in meltdown mode since," he continued.

'The Ants' ended up 3-1 winners in their game with Johnstone Burgh, all three goals scored by Grant Kelly - or, as Roma have since described him, the 'King of Glasgow'.

Followed by #ASRoma in the morning, scores a hat-trick for @SaintAnthonysFC in the afternoon.

Kelly later thanked Roma for their support after full-time, appearing in a video posted on the club's Twitter.

A massive thank you from the 🤴of Glasgow @grantkelly88 and everyone at the club to @ASRomaEN and all the roma fans from around the world for their support today Superb #forzaroma #forzaants #NonLeagueDay pic.twitter.com/XJwHuyA7CT