Slated. And rightly so!

Liverpool are flying it and Roberto Firmino is playing his part.

END_OF_DOCUMENT_TOKEN_TO_BE_REPLACED

The Brazilian attacker looks to have taken his 2017/18 form right on into the new season and has helped Liverpool to a winning start in the Premier League.

It is early days yet, but there is a lot of excitement around Anfield as the club is scoring goals and now looking mean in defence, not conceding a goal in the opening three games.

With players such as Loris Karius, Ragnar Klavan and Danny Ings settling into new clubs - two of them out on loan - the Reds are looking well set. There has been a distinct lack of Fabinho of late but Jurgen Klopp sought to address that after his side's 1-0 win over Brighton. He said:

"We had a pre-season and he could play a lot of games. I have had it plenty of times, these talks in the 18 years or so of doing the job. I think I had talks like this 30 or 40 times. We are 100 per cent convinced about him, so everything will be fine – but sometimes it [the adjustment period] needs a bit longer.

"Is it then nice for the player not to be in the squad? No, but I have to make a squad for the matchday and not for matchday 15.

"That’s it, it’s all good. He had a really good training week – not that it was the first one but it was a really good one – and so, everything will be fine."

All is going well so it took some serious effort for Richard Keys to try and stoke some controversy around them. The former Sky Sports frontman, who now works for beIN Sports, took issue with Firmino during Liverpool's latest victory.

Firmino in blue boots? I’ve mentioned this before. Never in years gone by. You wouldn’t find an Evertonian with red boots on.

Of all the high horses to straddle upon, Keys has picked a doozy here. 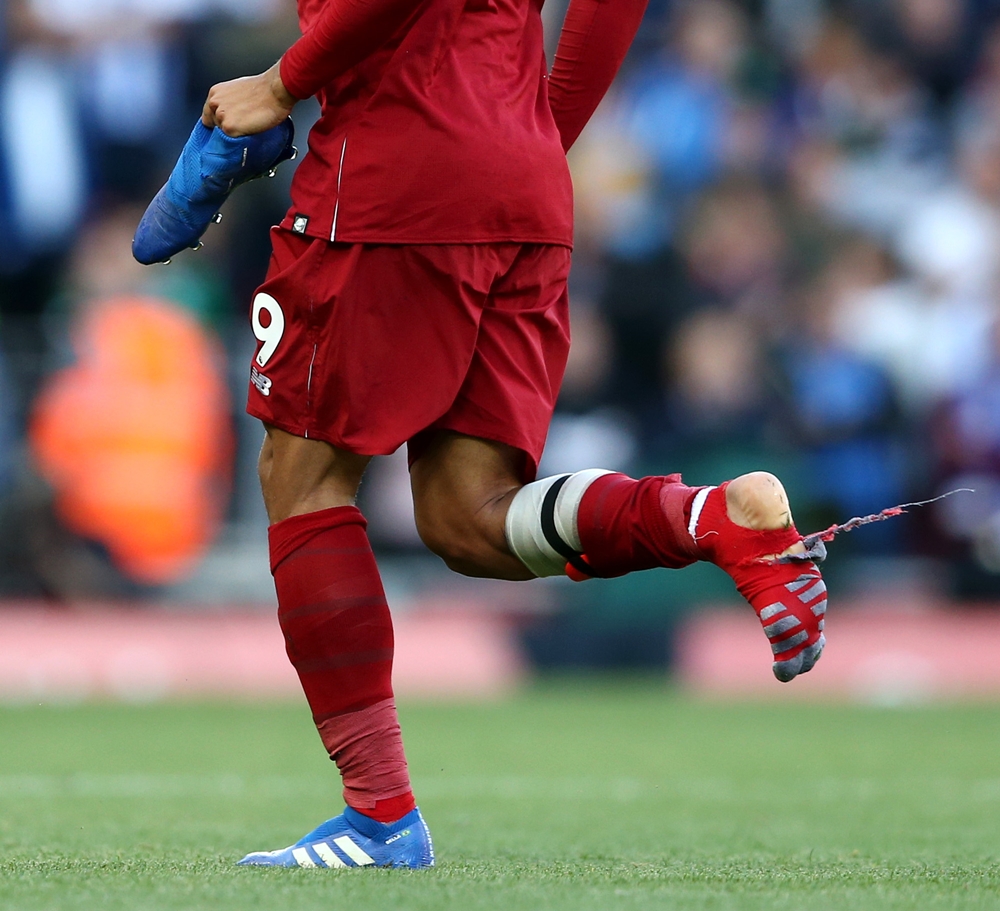 The responses to this quibble were worth the wait:

If you say so 👌 pic.twitter.com/JYJPSgEVN8

How do you answer this? 🤣🤣🤣 pic.twitter.com/vQTYzHnwZV

popular
Boris and Carrie put south London home on the market for £1,600,000
Micah Richards winds up Roy Keane with Alf Inge Haaland joke
Massive piece of Elon Musk's spacecraft lands on farmer's property and could make him very rich
Inbetweeners star Joe Thomas has been in a relationship with his co-star for over 10 years
Runner finishes last in 400m race as penis keeps falling out of shorts
New heatwave this week will be longer than July's - and Brits told not to have barbecues
Magnum P.I. star Roger E. Mosley dead at 83 following car crash
You may also like
Sport
Molly McCann's remarkable journey from payday loans to smashing it in the UFC
Sport
Footage emerges of Virgil van Dijk annoying Manchester City players after Mohamed Salah penalty
Sport
Roy Keane comments on Erling Haaland should knock some sense into doubters
Sport
Erling Haaland misses sitter as Liverpool beat Man City to Community Shield
Food
McDonald's restaurant bans all under-18s from entering after 5pm following string of abuse aimed at staff
Next Page