The Professional Game Match Officials [PGMOL] has released a statement that includes an apology from referee Darren Drysdale after his confrontation with Irish midfielder Alan Judge on Tuesday.

END_OF_DOCUMENT_TOKEN_TO_BE_REPLACED

Drysdale appeared to stick his head out towards Judge before players from both Ipswich Town and Northampton Town intervened and separate the pair. Judge's protestations for a penalty, which Drysdale waved away, seemed to spark a reaction from the ref. 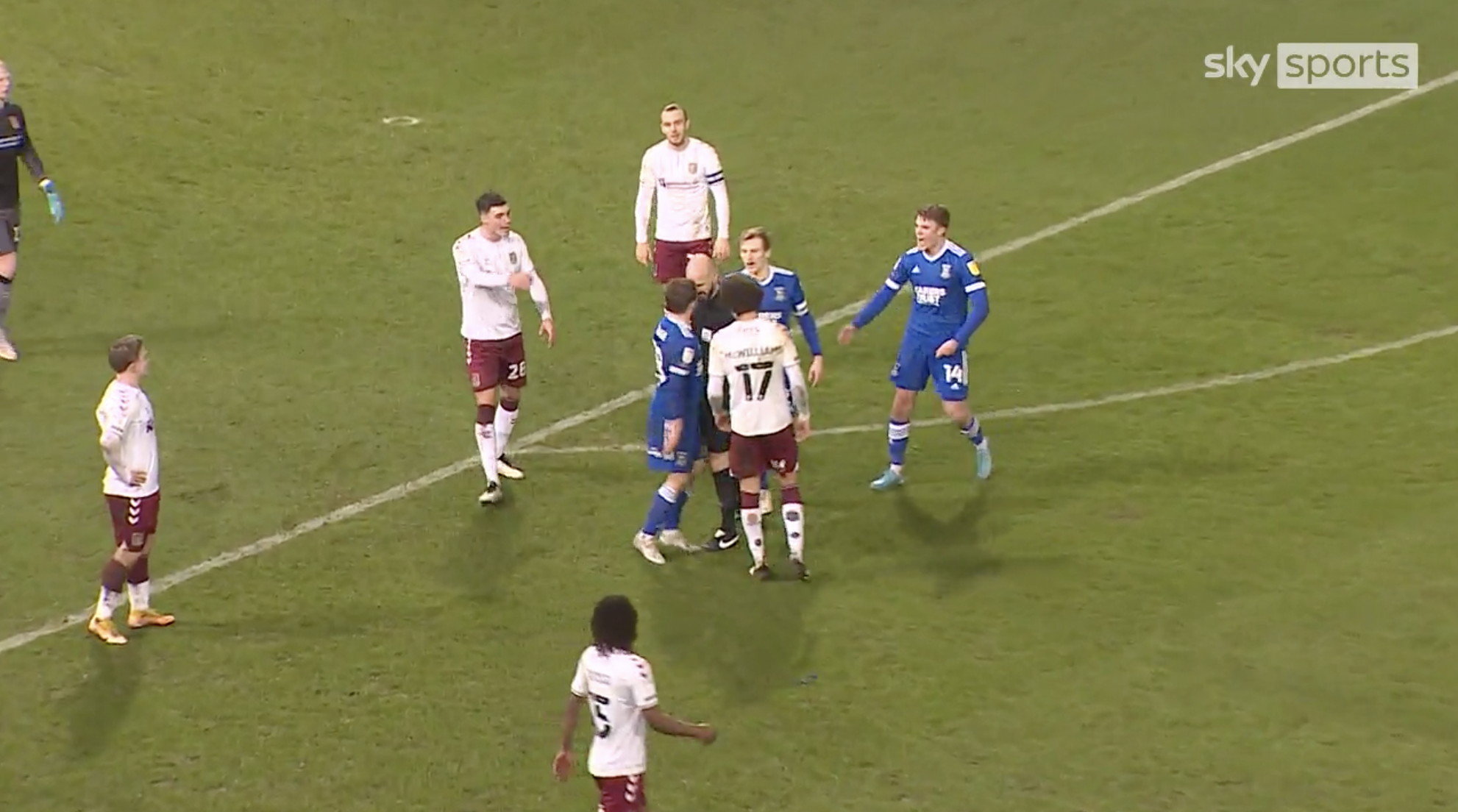 Following his side's scoreless draw, Ipswich boss Paul Lambert said 'the aftermath of the incident needs to be looked at'. This morning, he expanded on that during a chat with talkSPORT:

"I’ve text [head of referees] Mike Jones this morning to say have a look at the footage of the head thing," he said.

END_OF_DOCUMENT_TOKEN_TO_BE_REPLACED

"To me, in my opinion, it looks as if the referee went in there, and I said to him after the game, 'Did you put your head in my player?'

"He couldn’t answer it and that’s the reason I spoke to Mike. I haven’t seen that in a long, long while."

With the video clip going viral, and answers being sought about Drysdale's reaction, the PGMOL has released a statement on the matter.

In the statement, Drysdale says: "I fully understand that it is important for us, as referees, to maintain our composure throughout the game, and always engage with the players in a professional manner. I'm sorry that I did not do that last night, and I can only apologise to Alan and Ipswich Town."

The FA are investigating the matter and state that it would not be appropriate to comment until that review process is complete.