An investigation is underway after it authorities received a tip-off that a director of Red Star Belgrade had placed a €5 million bet on his side losing by five goals against Paris Saint-Germain.

UEFA are believed to have contacted French authorities over suspicions regarding the match on October 3, but no official comment has been released.

In a statement made after revelations were made public in French newspaper L'Equipe, Red Star Belgrade said:

"It is with the greatest anger and resentment that Red Star deny today’s report in the French newspaper L’Équipe in connection to doubts about the outcome of the Paris Saint-Germain-Red Star match and the involvement of anyone from Red Star in possible improper actions.

"The allegations from this report can cause great damage to the reputation of our club, and therefore Red Star insists both Uefa and the competent investigating authorities in Serbia and France investigate these doubts to the end and come to the truth.

"Today’s technologies and various other mechanisms have progressed so much that it is simply not possible for this case to be left unresolved. Red Star expects that the truth about this must come in as short a time as possible and that any doubt about the involvement of any member of our club in any possible disruptive actions must be removed."


"Paris Saint-Germain reiterates its commitment to a fundamental principle of sport, that of the integrity of competitions and therefore refutes any form of practice that could call into question that integrity," said PSG in their own statement. 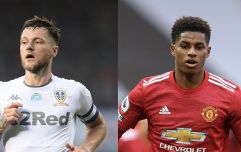 END_OF_DOCUMENT_TOKEN_TO_BE_REPLACED

"It was with the greatest stupefaction that Paris Saint-Germain discovered this article on the L’Équipe website regarding suspicions of match-fixing concerning the Champions League game with Red Star Belgrade. The club categorically rejects any and all direct and indirect implication in relation to these suspicions and would like to point out at no moment has Paris Saint-Germain been approached by the National Financial Court in charge of the investigation.

"PSG remains at the disposal of the investigators and will not tolerate the slightest attack on its reputation nor that of its officials. To that end the club reserves the right to take legal action against any party that makes defamatory statements against the club and/or its officials."

Both clubs have strongly denied wrongdoing after L’Équipe reported that a Red Star official was suspected of betting €5m on the team losing by five goals.

Red Star are Liverpool's next opponents in the Champions League, with a double header between the two sides likely to be held long before the investigation into match fixing is resolved.