Marcus Rashford's start to his professional career is pretty much matchless.

But Real Madrid's very own wonderkid is making a damn good stab at replicating it.

A variation on a first name is not the only thing that Rashford shares with Real's 20-year-old sensation Marco Asensio. The pair also share a fondness for scoring on debuts. 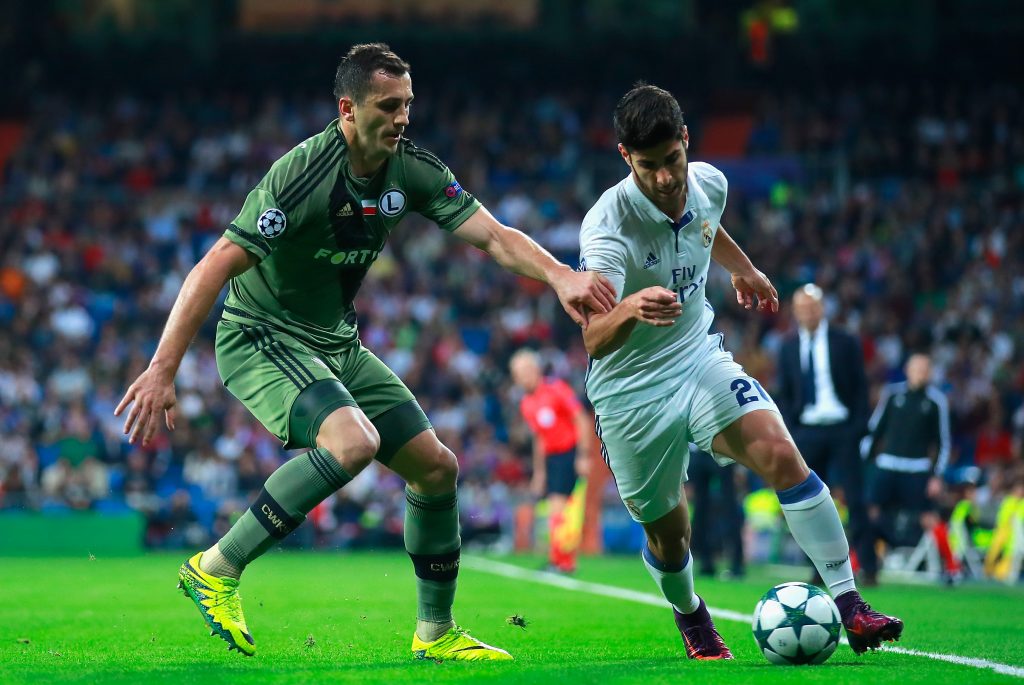 Bayern Munich's game against Barcelona to be played behind closed doors

END_OF_DOCUMENT_TOKEN_TO_BE_REPLACED

Asensio was handed his Champions League debut by Zinedine Zidane on Tuesday night and availed of a gorgeous layoff from Cristiano Ronaldo to find the net and add to the goals he scored on his Real Madrid debut in the Uefa Super Cup and in his first game in La Liga.

It likely comes a close second to Rashford's almost unfathomable goalscoring spree which started when, earlier this year, he profited from an Anthony Martial injury to score two goals on his first outing for the Red Devils in a Europa League clash with FC Midtjylland.

Since that fateful February night, the Manchester-born youngster scored on his Premier League debut, England U21 debut, his full England debut and became the youngest player to ever score in a Manchester derby.

It could be fair to say that Rashford's feats may be more impressive just due to the fact that he's younger than Asensio and he's done more in his young career but that didn't stop fans on Twitter taking note of the resemblance between the respective emergences of the young talents.

This asensio kid is our rashford so to speak brilliant sensation

Is Asensio Spanish for Rashford? https://t.co/eztzzy7TP8

Turns out Marco Asensio is Spanish for Marcus Rashford.

Scoring in his Real Madrid debuts in different competitions so far...
Issoryt