When you think about the Catalan manager, you probably imagine technical playmakers, impish figures weaving in and out between defenders and midfielders alike, leaving them staring into space as if they've just seen a ghost.

But since taking over at Manchester City, Pep's desires have become... unconventional.

As such, he had a task on his hands replenishing City's defensive reserves. Four years on, he's still trying to complete that task. This week, City signed centre-back Nathan Ake from Bournemouth for a £41 million fee, taking Pep's spending on defenders since he took over to a not inconsiderable £317 million.

With Ake having officially signed for the club, we decided to rank each and every defender Pep has brought to Manchester, from 'great' to 'I literally have no idea who that person is'. Enjoy.

END_OF_DOCUMENT_TOKEN_TO_BE_REPLACED

Simply put. Aymeric Laporte is a top bracket defender at a time in world football when there really aren't many about. He's fast, strong, decent with the ball at his feet and has a great leap.

Manchester City's defence is sturdy when he is in the team, and is often porous when he isn't. His injuries this season - an early season knee injury which kept him out until the New Year, and a hamstring injury towards the end of January - strongly contributed to City's inability to stay even remotely close to Liverpool in the title race.

He is superb and, at £58.8 million, is more than £20 million cheaper than Harry Maguire. Just saying.

That Kyle Walker is second in this list gives you an indication of how the rest of it is going to go. Walker is not a bad footballer, far from it. But he is also not a very good footballer either. He is somewhere in the middle, I suppose.

Defensively, he is rather lackadaisical, often losing his man and pretty much getting lost in the sauce. In an attacking sense he often thrives, linking up with City's midfield and attack to great effect. But he is a defender, and he's not great at defending to be totally honest with you. 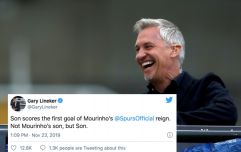 END_OF_DOCUMENT_TOKEN_TO_BE_REPLACED

Signed just a week before Kyle Walker, Mendy and the right-back were intended to be the solution to City's full-back woes. It hasn't exactly worked out that way.

A combination of injuries, personality differences with Pep Guardiola, and poor performances have limited Mendy's opportunities, to the point that this season's 19 league appearances is the highest he's reached in a single campaign at the Etihad.

He's a technically quality footballer, but like Walker is prone to errors. Essentially, Mendy can be really, really good, but equally, he can be absolutely rubbish. Which puts him somewhere in the middle.

There is a bit of a trend here. Like the two players directly above him in this list, John Stones has shitloads of talent. Unfortunately, he also has the habit of losing concentration quite a bit.

Stones possesses all the qualities that you want in a top class centre-half. He's tall, relatively quick, strong and sees a pass, but sadly, too often that pass goes to the opposition. He's made a number of high-profile mistakes, both for his club and country, and has seen his stock fall considerably, as evidenced by the rumours linking him away from Manchester this summer. 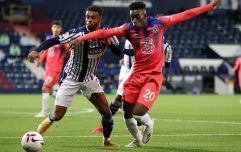 END_OF_DOCUMENT_TOKEN_TO_BE_REPLACED

With Zinchinko, you get what it says on the tin. He's a no frills full-back, someone who is put into the team to do a competent job for City and generally does it fairly well. He is not a great footballer, nor is he a bad footballer. He is simply a footballer. And that's fine.

These two full-backs are being grouped together because they are essentially the same player. Both are extremely quick and talented attacking right-backs who are not particularly strong defenders.

This diminutive Spanish left-back began his professional career at City, where he was loaned out to a number of sides, including New York City FC, Girona and a number of other teams.

He was sold to PSV Eindhoven, before being bought back by City last year. He made some appearances for City, before once again being loaned out, this time to Red Bull Leipzig.

Like a number of people on this list, Angelino is a competent if inefficient full-back. It's unlikely he will ever break into Pep Guardiola's first team.

None of these guys have played a game for Manchester City. So, y'know.


popular
Planks are one of the worst ab exercises, says Triple H's personal trainer
FootballJOE's Badge Quiz - #2
Arsenal handed boost in chase for Lyon midfielder Houssem Aoaur
The definitive ranking of Gary Lineker's best and worst dad jokes
QUIZ: Name the obscure characters from The Simpsons (Part Three)
The Two Escobars, one of the best football docs ever made, is on BBC iPlayer
BBC to take away stars' Twitter accounts if they breach impartiality guidelines