"It's going to be a stain against him, now"

Raheem Sterling will thankfully not have too long to dwell on the worst miss of his career but the next few days will be tough.

Sterling missed a glorious open goal chance with five minutes to go and, in the space of 60 seconds, Moussa Dembélé made Manchester City pay. The former Celtic forward pounced to score his second goal, off the bench, and sealed Lyon's 3-1 victory in the Champions League quarter final.

The logic from Guardiola may have been to provide some protection to his frail defence - going with three centre-backs and two wing-backs with Fernandinho in midfield - but a ball over the top, 25 minutes in, was enough to cause chaos. Garcia did well to get a tackle in but Maxwel Cornet was on the scene to curl Lyon 1-0 ahead. 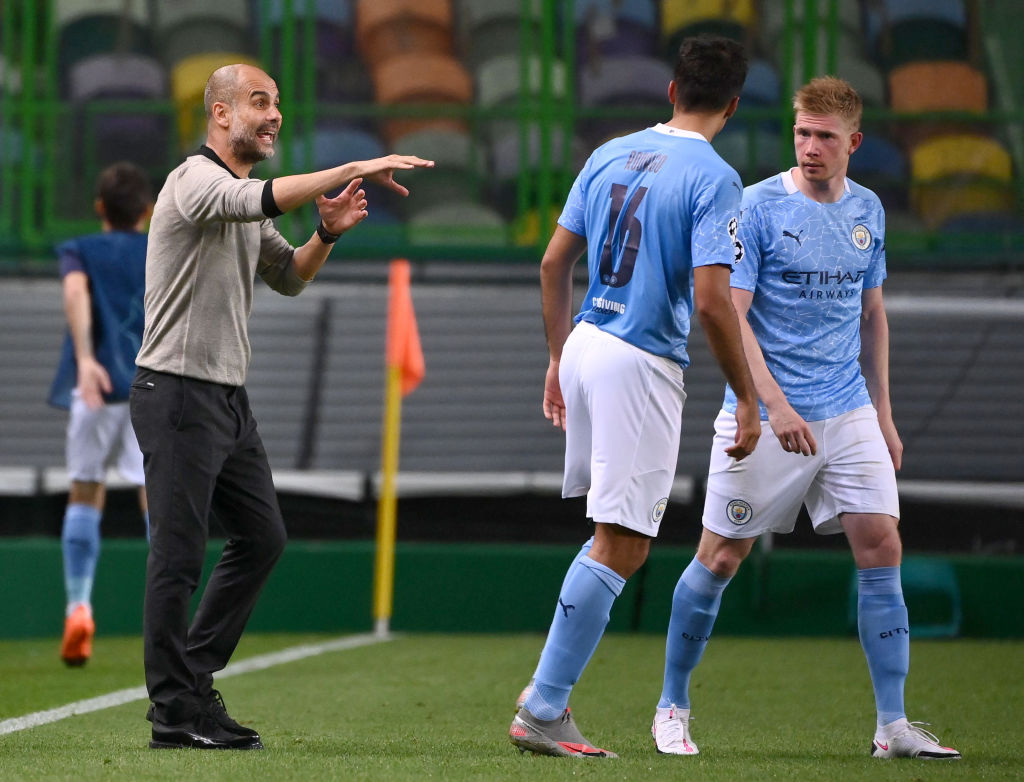 Lyon defended stoutly thereafter and restricted City to some long-range efforts and a couple of Kevin De Bruyne free-kicks. Anthony Lopes in the Luon goal looked up for the task at hand, even if he did prefer to parry some shots away rather than clinging on.

END_OF_DOCUMENT_TOKEN_TO_BE_REPLACED

Sterling and De Bruyne were the brightest sparks for City and it was that pair that teamed up, with 20 minutes to go, for the equaliser. Sterling came up with his ninth goal involvement of the European campaign with a cut-back assist that De Bruyne coolly slotted home.

It looked as it City would press on but Guardiola - after replacing Fernandinho for Mahrez on 56 minutes - did not make any changes and the English side's defence continued to press high. That tactic did for them as a through-ball teed up Dembélé for a shot that squirmed past Ederson.

Silva came on for the closing stages and Sterling set up Gabriel Jesus with a lovely dink to the back post only for the Brazilian to flub his volley.

Minutes later, it was Jesus returning the favour as his square-ball looked to have set up an easy equaliser for Sterling. The England international somehow managed to scoop the ball over from only four yards out, however.

To ram salt into those gaping City wounds, Joao Cancelo and Ederson had consecutive brain freezes and Dembélé made the game safe.

Over in the CBS Sports studios, Jamie Carragher could barely believe what he was seeing:

"It feels like the same old story," De Bruyne reflected after the game, before adding:

"If Ras makes it - I'm not saying anything against him as he has had the perfect season - but if he scores, it's 2-2."

This is the fourth Champions League failure Guardiola has suffered since taking over at City in 2016. Monaco, Liverpool, Tottenham and now Lyon have ended their hopes before the semi-final stage.

2020/21 will start in a months' time for City. De Bruyne, Sterling & Co. will not be welcoming the distraction.