Raheem Sterling has capped his turnaround under Pep Guardiola by being named as the Premier League's player of the month for August.

The Manchester City winger, who was among those singled out for criticism after England's early Euro 2016 exit, has been one of the star performers as his club find themselves top of the league after three wins from their opening three games. 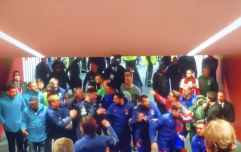 END_OF_DOCUMENT_TOKEN_TO_BE_REPLACED

Sterling has scored twice - both goals coming in the 3-1 win over West Ham United - and added one assist, helping him get the better of fellow nominees Curtis Davies, Eden Hazard and Antonio Valencia.

But some fans have been left confused by the fact that the 21-year-old only came third on the poll from award sponsors EA Sports, which we were told at the start of the season would help determine the winner.

Who gets your vote in the @EASPORTSFIFA August Player of the Month award?

For those at a loss, allow the Premier League to explain. The following appears on their official site:

'The public’s votes cast in each category will represent 10% of the total votes and will be combined with those of the panel (and captains, for the player award), and so could prove crucial in deciding who will receive the awards.' 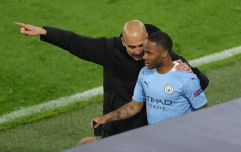 END_OF_DOCUMENT_TOKEN_TO_BE_REPLACED

So, while Hazard may have received more than twice as many votes as his rival if you only include the Twitter polling, it's safe to say Sterling was the preferred choice of a 20-person panel which includes Sir Alex Ferguson, Thierry Henry and Rio Ferdinand.

Still, that hasn't stopped the confusion and complaints from those who mistakenly thought the public poll was the be all and end all.

What's the need of a poll if the @premierleague already decided to give away the awards to Mike Phelan and Sterling respectively!!! 🤔🤔

How did Sterling win player of the month when Hazard won the poll and was x2 the player he was?? Am I missing something, what a load of shit

can you explain Hazard win the poll. How can Sterling get PoTM?