Jurgen Klopp has taken six or seven months now and assessed what he has. He nearly won two bloody cups in the screening process.

END_OF_DOCUMENT_TOKEN_TO_BE_REPLACED

The transformation begins now though.

For 30 league games, the Anfield crowd could see more and more gradually what life would be like under Klopp and, more and more, his players found his image imprinted into them as the season went on.

Brendan Rodgers was given just eight matches in England's top division this season before he was relieved of his services. 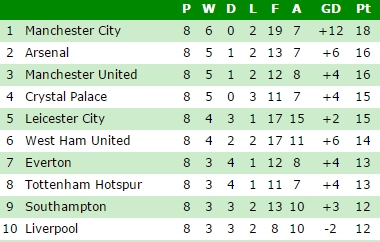 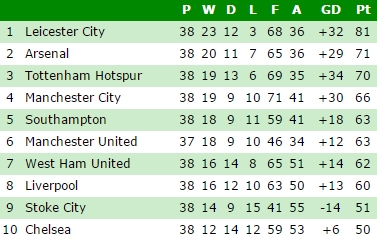 30 games and 55 goals later and the table reflected slight progression under the German.

END_OF_DOCUMENT_TOKEN_TO_BE_REPLACED

It didn't account for his cup runs, his slaying of United and Dortmund and Villarreal or the undeniable uplift in atmosphere around the city that was let down by a chronic case of inconsistency every few weeks.

With the same team though, with Brendan Rodgers' team, Klopp got more out of his players. And the running stats prove it.

Two Liverpool players feature in the top four of average distance covered this season, according to EA Sports' stats.

Most average distance covered (Premier League) by players who featured in 25 games or more: 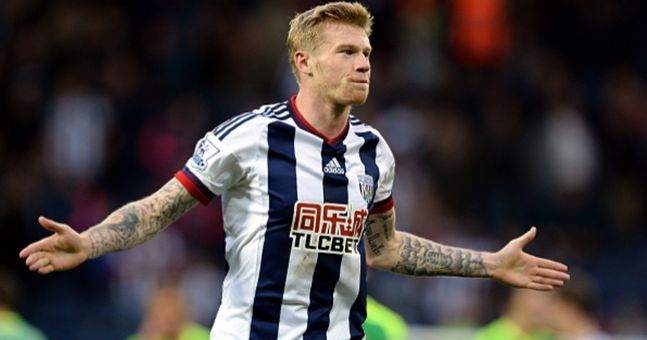 Two Liverpool players are scaling over 11.6km per 90 minutes in the Premier League.

Dan Gosling leads the way whilst James McClean and Dele Alli make up the top five.

Liverpool lie third in the team table for running stats behind Spurs and Bournemouth. 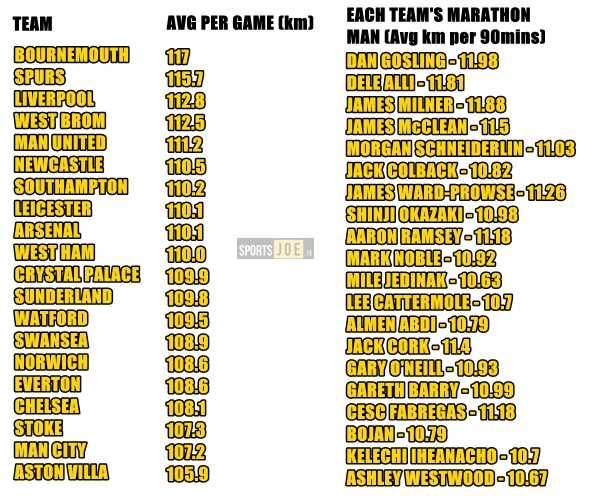 With his own team and with a full campaign, you have to wonder how Liverpool are going to shape up after the summer.

Interestingly, Aston Villa lie pathetically at the bottom - and them with hardly any of the ball in any of their games too. Good season, lads.