England are through to the semi-finals of the World Cup for the first time since 1990.

END_OF_DOCUMENT_TOKEN_TO_BE_REPLACED

Gareth Southgate's side recorded a comfortable victory over a limited Sweden side to set up a game against either Russia or Croatia for a place in the World Cup final.

Here's how we rated the England players:

Yet again, Pickford helped his side with several excellent saves.

A comfortable afternoon for Walker thanks to the slow Swedish forwards. 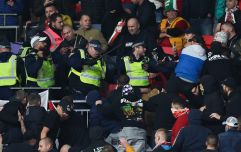 END_OF_DOCUMENT_TOKEN_TO_BE_REPLACED

Stones has been very good at the tournament so far and continued his solid form with another composed display. The Manchester City defender coped well with the physical threat of the two Swedish strikers - Marcus Berg and Ola Toivonen - winning several aerial challenges. He also started a lot of England's moves, passing from the back.

The Leicester City defender scored a brilliant header to put his team ahead, powering home a thunderous effort from Ashley Young's corner. He also defended well. Maguire was strong in the air, winning his fair share of aerial challenges, and neat in possession. An impressive display.

Another strong performance from Trippier. His deliveries were sound and he was an attacking outlet for England down the right-hand side. He was involved in England's second goal, teeing up Lingard to cross for Alli at the back post. 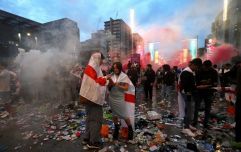 END_OF_DOCUMENT_TOKEN_TO_BE_REPLACED

His delivery for Maguire's goal was excellent and he provided width down England's left-hand side against a narrow and slow Swedish team.

He worked hard but was a little loose in possession.

He appeared to be off the pace in the first half. Alli lost the ball a few times and didn't look to have fully recovered from his thigh injury. However, he improved as the game went on and got England's second goal to set them up for a place in the semi-finals.

His movement was sharp and his link-up play was very good. Lingard's cross for Alli's goal was also excellent.

He had a mixed afternoon. Sterling's movement was very good and he managed to create space for some chances in the first half. But his finishing wasn't up to scratch and he fluffed his lines a couple of times. That was the only thing missing from his game though. Sterling was a constant threat to the cumbersome Swedish defence.

The England captain didn't manage to get on the scoresheet, but he linked up play well and helped occupy the Swedish defenders.

Fabian Delph, Eric Dier & Marcus Rashford - Not on long enough to be rated.