Pickford named in UEFA Nations League team of the tournament

Pickford was the hero for England during their penalty shootout win over Switzerland on Sunday while Nations League champions Portugal earned four nominations with Cristiano Ronaldo, Bernado Silva, Raphaël Guerreiro and Rúben Dias all selected.

END_OF_DOCUMENT_TOKEN_TO_BE_REPLACED

"Showed his level of quality in creating goals; his overall performance in the two games was outstanding. Had a positive influence on the team both in and out of possession." 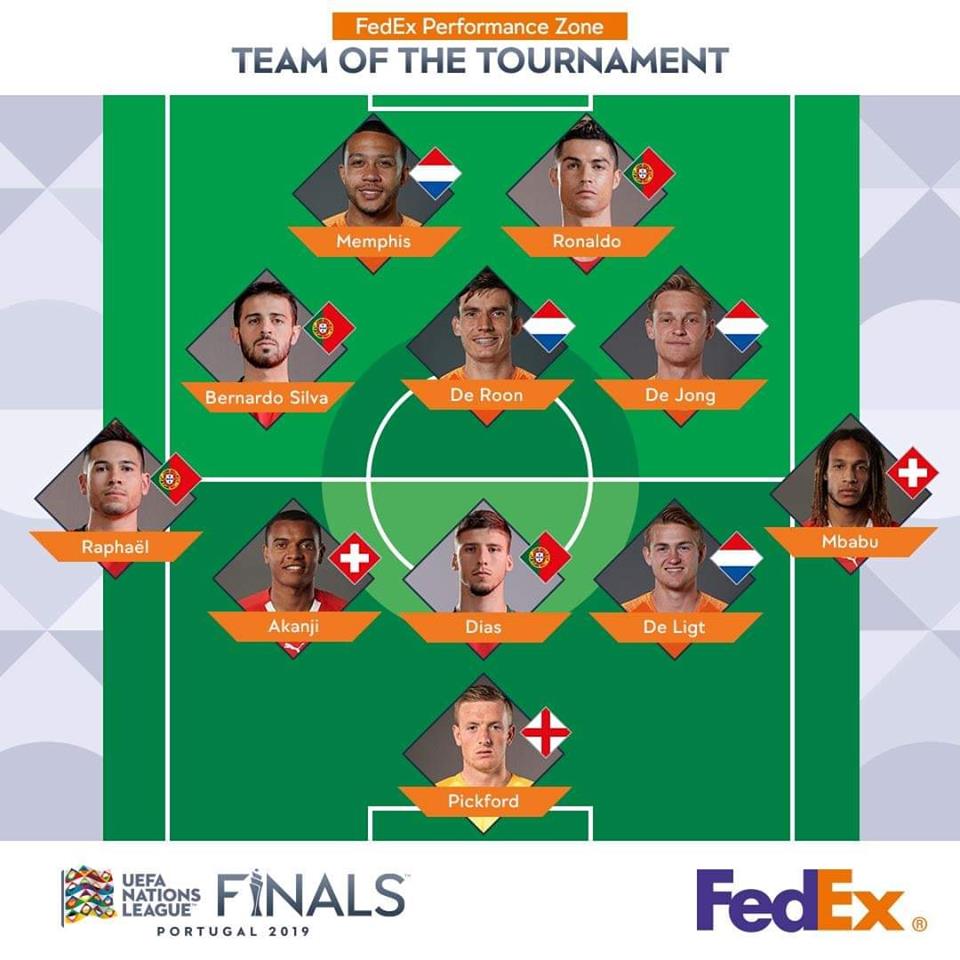 The FedEx Performance Zone runs official player statistics through a specifically designed algorithm to create rankings based on performances.

Player data from the qualifying group stage of the UEFA Nations League forms the initial basis for the rankings, with updates every matchday to factor in players' subsequent displays in the European Qualifiers, UEFA Nations League Finals and international friendlies.

Every player is assigned a primary on-field position, where they are expected to play the majority of the time. The categories are goalkeepers, defenders, midfielders and forwards.

The data considered for each player is specific to their position. For example, clean sheets, tackles and recovered balls are considered key statistics for defensive players, while goals, assists, crosses and passes are important metrics for midfielders and forwards.

The algorithm uses player stats from matches in the UEFA Nations League, European Qualifiers and international friendlies, delivering updates after these games are played.