Arsenal goalkeeper Petr Cech has wished Ryan Mason well for the future after the 26-year-old announced his retirement on Tuesday.

END_OF_DOCUMENT_TOKEN_TO_BE_REPLACED

The Hull City midfielder fractured his skull during a clash of heads with Gary Cahill in a game against Chelsea 13 months ago. Despite planning a comeback, Mason confirmed that this would not be possible after consulting specialists.

Cech, who suffered a similar injury during his time as a Chelsea player, has remained in close contact with Mason in recent months and saluted the former Tottenham midfielder's bravery in a tweet posted on Wednesday morning.

'Yesterday was a sad day for one incredible young man,' Cech tweeted.

'Although his story didn't finish with ultimate happy ending, his determination, attitude and bravery he's shown during his recovery is something to be admired and an inspiration for others. All the best Ryan'

Yesterday was a sad day for one incredible young man .@RyanMason . Although his story didn’t finish with ultimate happy ending , his determination , attitude and bravery he’s shown during his recovery is something to be admired and an inspiration for others ! All the best Ryan pic.twitter.com/cXASAimV5r 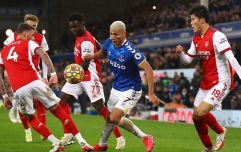 END_OF_DOCUMENT_TOKEN_TO_BE_REPLACED

Mason revealed how he had been in contact with Cech during an interview given to talkSPORT last October.

"Straight away, he contacted my family, my fiancée and just sort of reassured us that what we were going through was sort of normal and to be expected: not being able to talk, struggling with the light and everything like that," Mason told Jim White. 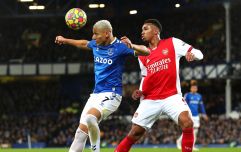 END_OF_DOCUMENT_TOKEN_TO_BE_REPLACED

"As soon as I got a bit more strength I was keen to see him because he said 'as soon as you're ready, I'd like to come round and speak to you'.

"I was a bit worried at first because I hadn't really spoken to anyone longer than 10 minutes. He walked through the door and sat on my sofa and just said: 'sit back, don't say anything, just listen'.

"He spoke for about an hour and a half. I didn't say anything, he just spoke. It was brilliant.

"It just reassured us that everything we were going through was part of the process of recovery and we've been in touch ever since.

"He's been fantastic. He's kind of set the standard of what it is to be a proper man and a gentleman.

"I'm hoping no one ever does go through that sort of injury again in sports, but if they do go through something similar, I'll be there like Petr was for me."

Cech sustained an injury to his head after colliding with Reading's Stephen Hunt during a Premier League match 2006. Since then, he has worn a skull cap whenever he's played.