Wenger stepped down at the end of last season

After a 22 year spell in charge, Arsène Wenger finally stepped down as Arsenal manager at the end of last season. During that time, Wenger had brought countless world class players to the club, some of whom for peanuts, and turned Arsenal into the best team in the country in the early 00s. 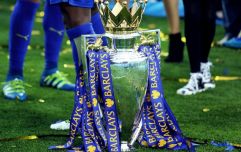 END_OF_DOCUMENT_TOKEN_TO_BE_REPLACED

He oversaw the transition from Highbury to the Emirates, keeping Arsenal in the Champions League places when the pursestrings were tightened. Despite all this, the tide began to turn against Wenger from around 2013 onwards, as form dipped and fans grew more frustrated with his supposedly outdated tactics.

He eventually stepped down in the summer of 2018, some say jumping before he was pushed, and he was replaced by Unai Emery.

Per Mertesacker, who captained Arsenal under Wenger's reign on several occasions, has recently admitted that the players should take some responsibility for Wenger's departure, as they "had many chances to get better results."

"It was a bit surprising for us. He came into the meeting and said that he had decided together with the bosses to leave at the end of the season," Mertesacker told German website Spox.

"It was a sad moment because I had the feeling I contributed my share to it. His farewell was also the players' fault because we had many chances to get better results. We failed while he backed us all the time. I was the first who felt the need to say something and said I deeply regretted it. It was important for him to see that we had something to say as a team and that we stood by his side."

Mertesacker also rejected the idea that Wenger should have resigned earlier, saying: "No. Not a second too early or too late. When the news of his departure was finally out, the atmosphere changed."

"It was said what a great man he was, who changed this club extremely. You could not have had more success with this team. He got a deserved farewell and left this club as a legend."

Wenger's powers waned towards the end, but the effect he has had on so many players is clear to see.