It was needlessly complicated

Manchester United went into half-time 1-0 up against Huddersfield in today's FA Cup tie at the John Smith's stadium, but it could have been 2-0. We all thought United had doubled their lead before the referee put a finger to his ear and waited for the Video Assistant Referee to help him clarify whether or not Juan Mata was offside.

END_OF_DOCUMENT_TOKEN_TO_BE_REPLACED

It was a marginal call, hence the need to refer to VAR, but it seemed to be the right call. Just. However, the process taken the reach that conclusion was nothing short of farcical.

The pundits, Paul Scholes and Robbie Savage were outraged by the decision, as well as the way it was made. Those wobbly lines you are seeing are what the Video Assistant Referee in a TV studio miles away was using to help him make a decision. Nobody can understand why they were not straight. If only there were a white line in close proximity to Juan Mata that they could use as a reference point to draw more straight lines.

This angered fans everywhere and brought more criticism on VAR and the way it's being implemented.

When your teacher wants you to draw a line under the date but you didn’t bring your ruler https://t.co/pKyzLE0rcn

To recap then: A perfectly good goal was scored, an age was taken to see what happened, the footage shows he's onside, someone added bent lines for no real reason and then the wrong decision was made. A farce. pic.twitter.com/adANQSg5LY

And then came the jokes. 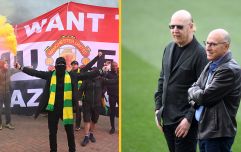 END_OF_DOCUMENT_TOKEN_TO_BE_REPLACED

There's a lot to digest here. Firstly, Mata is marginally offside, but the lines used in the VAR studio does not help when reaching this conclusion. Secondly, Savage doesn't appear to fully understand the offside rule. His exclamation that offside decisions have to be 'clear and obvious' to be given is incorrect. The laws of the game state that a player is offside if "any part of the head, body or feet is nearer to the opponents’ goal line than both the ball and the second-last opponent."

So, that's that then. The VAR experiment continues to cause more controversy than it intended to get rid of.

popular
The JOE Friday Pub Quiz: Week 243
PM confirms restrictions will ease next week but warns of potential June disruption
Train company apologises after conductor said 'good afternoon ladies and gentlemen'
Madeleine McCann detectives ‘given dramatic new evidence against prime suspect’
Ant Middleton leaving the UK for Australia because it’s 'too pretentious'
Every Brit 'needs to drink 124 pints' to save the nation's pubs after lockdown
A New York Times quiz can determine where in the UK you come from
You may also like
Football
Joel Glazer says he 'believes in fan ownership of clubs' in open letter to United fans
Sport
Ole Gunnar Solskjaer "unhappy" with Gary Neville over anti-Glazer backlash
Entertainment
First trailer for Sir Alex Ferguson documentary has just dropped and it looks amazing
Sport
Man United owner refuses to apologise over Super League
Football
Jamie Carragher hits out at Souness over 'lazy punditry' after United protest
Next Page