There are a few truism that seem to get taught on the first day of pundit school.

First is that managers need 'Premier League experience' to cut it in the English top tier. Then they must memorise the outrageous travesty that promising English managers are not getting a fair crack at top jobs. 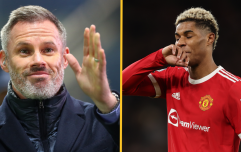 END_OF_DOCUMENT_TOKEN_TO_BE_REPLACED

Especially those from the lower leagues, where Premier League experience abounds.

So when Hull baffling chose a young manager, who was neither English nor had Premier League experience on his CV, to try and engineer their escape from relegation, there was understandably going to be a reaction.

It came principally from Sky Sports' Paul Merson and Phil Thompson, who could not hide their fury at Hull's refusal to run their club on tenuous punditry cliché.

When Marco Silva was appointed at the beginning of January Hull was rock bottom of the Premier League with no wins in the last 10. 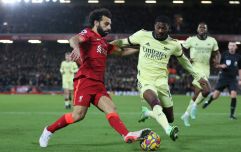 END_OF_DOCUMENT_TOKEN_TO_BE_REPLACED

It's almost as if the Hull board wanted to be relegated.

However January has not quite gone according to the punditry-cliché script. Of the four Premier League fixtures the 39-year-old has been in charge for Hull have won two beating Swansea and Liverpool and earned a 0-0 draw at Old Trafford.

His only Premier League defeat has come at the hands of run-away league leaders, Chelsea.

Yesterday's 2-0 win against Liverpool just underscored the progress Hull have made under his tutelage. 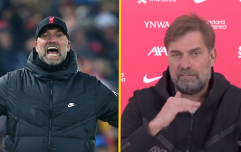 END_OF_DOCUMENT_TOKEN_TO_BE_REPLACED

And although Hull are still a point away from safety, some of those hoary punditry truisms lobbed around when he took the job are starting to look a bit daft.

In fact one Twitter smart arse decided to remind Merson and Thompson of exactly what they had to say about the Hull boss on his appointment.

Paul Merson was the first to give his verdict on Silva's pre-Hull achievements:

Phil Thompson then chimed in:

"It is quite astonishing that they have plumped for someone like this. I totally agree, it is baffling when there are a lot of people out there who know about the Premier League, know what’s required to dig in. He’s not got a clue. He’s [received] manna from heaven to be given this job on his CV."

To be fair to the Sky Sports duo, at least they can still point to bang-up job English manager and Premier League veteran Big Sam is doing for Crystal Palace...