END_OF_DOCUMENT_TOKEN_TO_BE_REPLACED

Three minutes to go. Test Series on the line. Owen Farrell stepped up and was the hero.

The Lions trailed at half-time despite New Zealand being reduced to 14 men after Sonny Bill Williams' red card 24 minutes into the game. They conceded countless silly penalties and trailed 18-9 and 21-14 at different stages before Conor Murray's excellent, converted try left it level.

Far from easy under the high ball on a slick night but Williams did well. Timed his pass well for Faletau try.

Lucky he was able to continue after that shuddering Sonny Bill Williams blow:

END_OF_DOCUMENT_TOKEN_TO_BE_REPLACED

The most incisive and threatening of the Lions backs. His break up the right was crucial in the lead-up to Faletau's try.

Made one delicious out-the-back offload in the first half. Busy and effective.

A tackling machine in the Lions backline. Nerves of steel with some of his goal-kicking. Penalty nailed to win it on 77 minutes.

Nifty defence to prevent a try after Barrett's grubber kick almost had Read in.

Restarts were on point. His propensity for tackling high saw him forcibly bounced back at one stage. Lovely, soft hands crucial as Lions battled back in the closing stages.

How about that sniping try?! 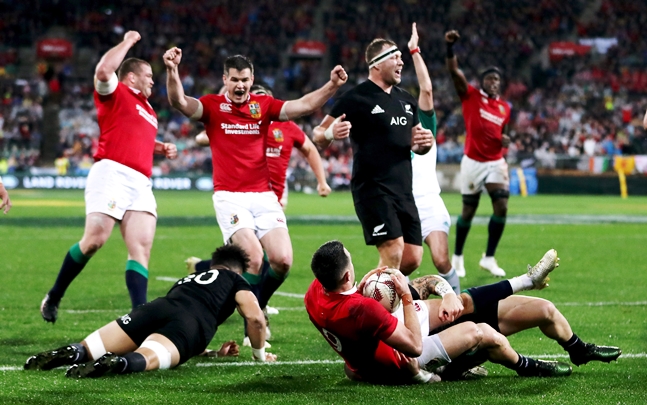 Gave away a silly penalty for a neck-high tackle wrap. Crisp pass helped in the Faletau try.

Gave away four penalties in the game. Yellow carded for a clear-out on Barrett. Utterly brainless at times.

Much better than Eden Park. Threw well at the lineout and scrapped for everything. Line-break and carry set up Murray's try.

Scrummed well and helped win one crucial turnover in the first half. Only credited for one carry but made some important tackles. 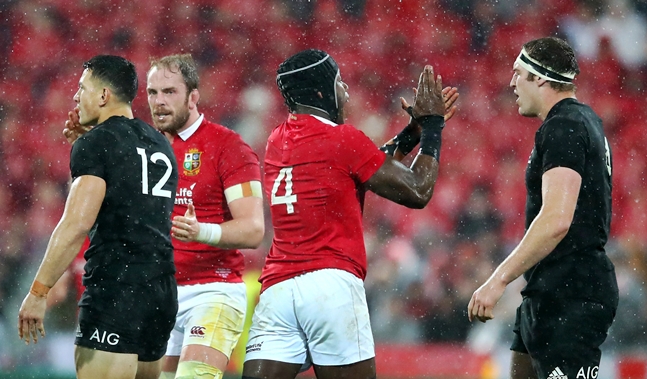 Brought that physicality and turnover ability to the Lions but gave away some stupid penalties.

Played with a lot more bite than the First Test and got in a heap of All Black faces. Threw in a line-break too.

Needed to have a big, personal impact and did that. Superb at the breakdown.

Had one hell of a game. A menace in the loose - ran with intent and fended off plenty of Kiwis. Turnovers and clear-outs were huge and he played a big part in keeping possession for Faletau's score.

Huge power and poise to score that try in the corner. Made his standard amount of tackles and bruising carries.