What an opening weekend of football that was

We'd waited for it to return for, well, weeks, and this weekend the Premier League came back. Yes, it had empty stadiums, weird crowd noise and that glib replacement for an actually meaningful anti-racist message, but nonetheless it is great to have the top flight back. 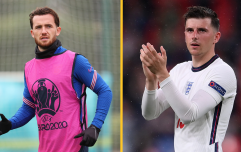 END_OF_DOCUMENT_TOKEN_TO_BE_REPLACED

Conventional wisdom states that one can't really glean much from the opening day of the season. Some teams start as they mean to go on, while others sparkle initially before fading into mediocrity or, worse, shit.

Unfortunately though, to err is human. Even more unfortunately, we are humans, so we none of us can help but get carried away when we see the first sign that our team is good/bad/indifferent.

Here are our overreactions from the action we witnessed on Saturday, Sunday and Monday.

Kai Havertz isn't cut out for the Premier League

There's always one. Every summer, a cock of the walk talent is recruited from Europe amid fanfare and we're all expected to bend over backwards in fawning praise. Angel Di Maria, Juan Sebastian Veron, Remy Cabella, Florian Thauvin - each of these "players", we were told, was going to take the Premier League by storm, only to be found out. Well, welcome to the club Kai Havertz.

Signed from Leverkusen for a massive fee, within half an hour the Germany international proved that it'll take a lot more than a nice haircut and silky skills to cut the mustard against the likes of Adam Webster and Lewis Dunk. 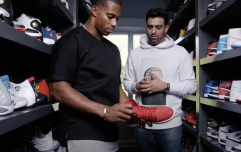 Sports stars who have the most outrageous sneaker collections

END_OF_DOCUMENT_TOKEN_TO_BE_REPLACED

It's all well and good doing it against the likes of Borussia Dortmund and Bayern Munich, but what's Havertz going to do when it's a cold winter's night and he's got to contend with jinxing past colossal figures like Joel Ward and Jamal Lascelles? This is a league where the men are separated from the boys, and Havertz' run out at the Amex has already proved which one he is.

The little confrontation between Dani Ceballos and Eddie Nketiah at the start said it all, didn't it? This Arsenal is different. They're hard, not like the wet cardboard teams of Wenger's last few years and Emery's reign. This is a team of winners. And win they did, with a level of technical prowess and ruthlessness unusual for the opening day of the season.

If anything, that it came on the opening day is even more room to believe Arsenal are now a force to be reckoned with. Most teams are rusty going into the new season, but this side - even after playing the Community Shield just two weeks ago - looked raring to go. 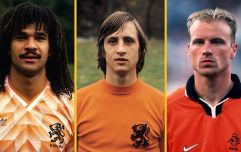 QUIZ: How much do you know about Dutch football?

END_OF_DOCUMENT_TOKEN_TO_BE_REPLACED

There were so many positives. Elneny, out in the cold under Emery, looked assured and extremely proficient in the centre of the park. Tierney and Bellerin provided width and pace up the wings, and Aubameyang and Lacazette got on the scoresheet. Willian with 3 (THREE) assists. Mikel Arteta is creating something at Arsenal. No doubt about it.

As brilliant as Arsenal were against Fulham - and they were brilliant - there is no denying that the writing is already on the wall for Scott Parker's side. Derby County are the worst team in Premier League history from a points point of view (which is really the only view to be honest) but Fulham showed on Saturday midday that they are more than capable of matching than unwanted record.

Nevermind that it was their first game, that their few new signings weren't fit or ready to play, or that they are playing an extremely in-form and confident Arsenal team, Fulham are down we're afraid.

Which brings us to West Bromwich Albion. Christ, let's just relegate these two now shall we? What is even the point? Both exposed on the first weekend of the season. Jesus wept.

Well, well, well. Look who it is. The 'best defender in Premier League history' making the sort of mistake that you'd savage your mate for if they made it down the park on Sunday morning.

Is this the beginning of the end for van Dijk? Many have stated in recent months that he is 'not fit to tie the laces of Rio Ferdinand and Nemanja Vidic', but were censored by those who kept citing his apparently leading role in Liverpool's successful Champions League and Premier League campaigns over the past two seasons. One suspects, though whisper it softly, that van Dijk needed Dejan Lovren more than the Croatian needed him.

Without the eyes of the world on Lovren, van Dijk is being exposed for what he is: a handsome Steven Caldwell.

Everton are certs for the top four

Few teams disappoint as consistently as Everton do, but their opening weekend victory away to Tottenham Hotspur proved beyond all doubt that those days are over. Their new signings, Abdoulaye Doucoure, Allan and James Rodriguez all impressed massively in their opening game, while one would have been forgiven for mistaking Michael Keane and Dominic Calvert-Lewin for John Terry and Diego Costa respectively.

To see these new players click so instantly would have been a sight for sore Toffees' eyes, bettered only by the prospect of how good they can get after more playing time. Add to this the strength in depth with the likes of Gylfi Sigurdsson and Tom Davies, and this is a team that can finally put to bed Everton's relationship with the false dawn. The Champions League awaits.

Tottenham to finish bottom half, Jose replaced by Howe by December

All or Nothing? Nothing, it turns out. So insipid was this performance by Jose Mourinho's side that it's hard to be optimistic for the remainder of the campaign. New right-back, Matt Doherty, in his competitive debut for the club, proved that perhaps his time at Wolves was little more than a multi-year fluke, while Harry Kane suggested that his equally long purple patch was over and that, like the team around him, he was reverting to his actual level.

All of this leads one to deduce that Spurs will struggle to finish above 11th this season, and that Jose will be replaced in December by the baby faced assassin Eddie Howe. The saviour of Tottenham Stadium, they'll call him.

Sheffield United are being found out

From the moment we heard the words "overlapping centre-backs" for the first time, we knew that Sheffield United were a house of cards, built to fall. Sure, they feigned consistency over 20-plus games last season, but all it needed for those cards to fall was a pandemic, and fall they did.

We should have seen this coming when, once the bright lights of the Europa League appeared on the horizon, Chris Wilder's team got collective vertigo. But we were blinded by the glamour and media hype.

Since the return of football in England, they have flattered to deceive, and after just one game of the new season find themselves outside of the relegation zone on the basis of alphabetical order alone.

A dangerous omen for the season ahead.