He has borrowed some tricks from Ferguson.

Ole Gunnar Solskjaer has taken to the Manchester United manager's job like a duck to water.

END_OF_DOCUMENT_TOKEN_TO_BE_REPLACED

The Norwegian was appointed United's caretaker manager last month following Jose Mourinho's dismissal. His remit was to get the players and the fans back onside and he has arguably overachieved so far.

The team have won all five games under Solskjaer, scoring 16 goals. The players appear reborn, the team are passing the ball forward and fans are enjoying watching United matches again after the drudgery of the Mourinho era.

United look like they could even mount a late run for the Champions League places.

Sunday's game against Tottenham Hotspur at Wembley will be the biggest match Solskjaer has faced since taking the job and could play a big part in the fortunes of both clubs this season. 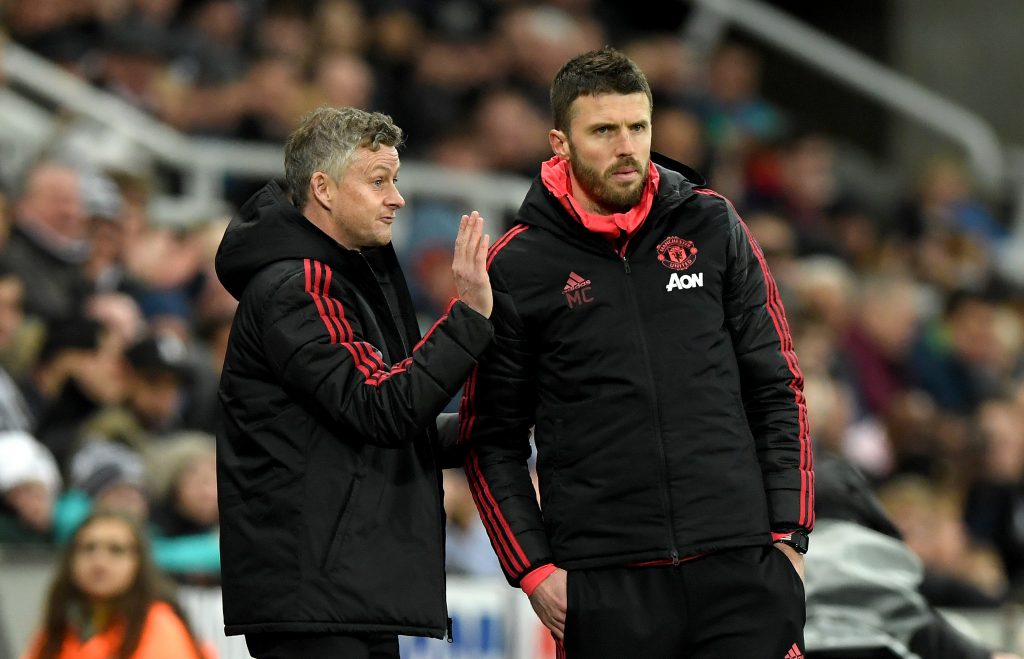 END_OF_DOCUMENT_TOKEN_TO_BE_REPLACED

If Solskjaer can mastermind a victory over Spurs and Mauricio Pochettino, the calls for him to get the job on a permanent basis will grow louder.

Even if the Norwegian isn't at Old Trafford this time next year, or if the team lose to Tottenham, there can be no denying that he has had a significant impact at the club over the past month.

Some of the behind scenes details from a report in The Telegraph show how Solskjaer has helped change the mood at Old Trafford.

END_OF_DOCUMENT_TOKEN_TO_BE_REPLACED

According to the report, the former United striker has won over the playing squad and staff at United with his positive demeanour, he is said to be approachable and inclusive. The younger players are "hanging on his every word" and he has impressed them with his knowledge and encouragement.

It also sounds like Solskjaer has borrowed a couple of tricks from Alex Ferguson.

The Molde manager is said to have delivered the hairdryer treatment to his players at half-time of the FA Cup win over Reading last Saturday. United were leading 2-0 at the time, but Solskjaer wasn't happy with the performance.

"Screaming directly into the faces of players in true Ferguson style, Solskjaer unloaded for a minute or two. Rant over and point made, the focus then switched to calmly discussing how United would tackle the second half." 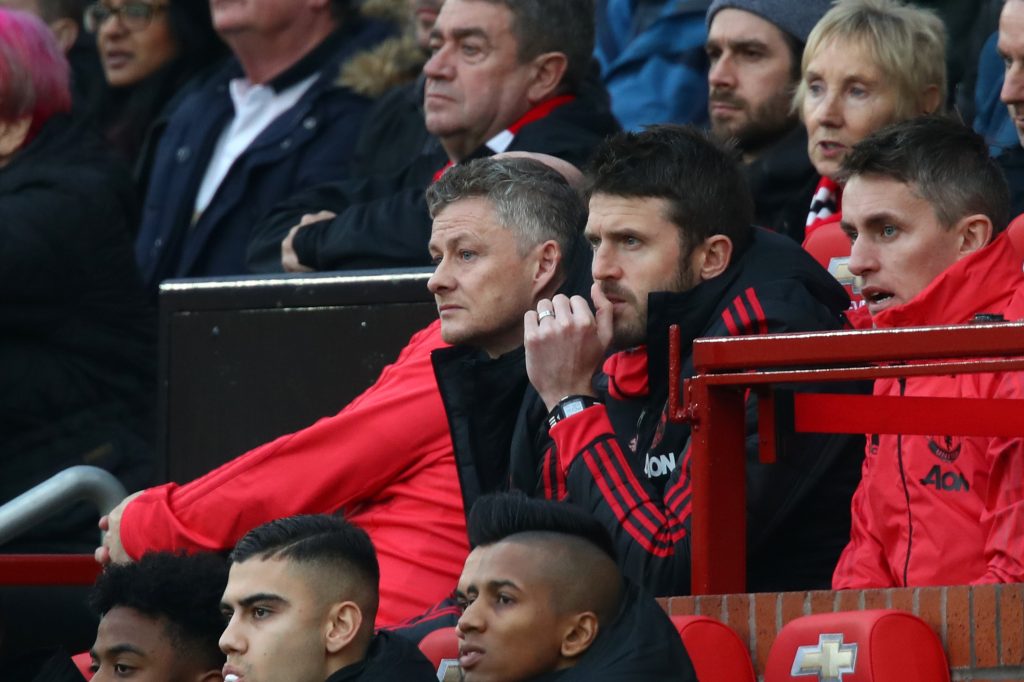 Crucially, Solskjaer is reported to have moved on instantly and the incident hasn't been mentioned since. Unlike his predecessor, he doesn't bear any grudges. Ferguson adopted a similar approach of delivering the hairdryer and then moving on quickly during his 26-years at Old Trafford.

Another tactic Solskjaer has borrowed from his former boss relates to team selection.

Rather than telling a player he was to be dropped, or not saying anything at all, Ferguson would tell a player he was saving them for another match and he needed them to be focused for that game. 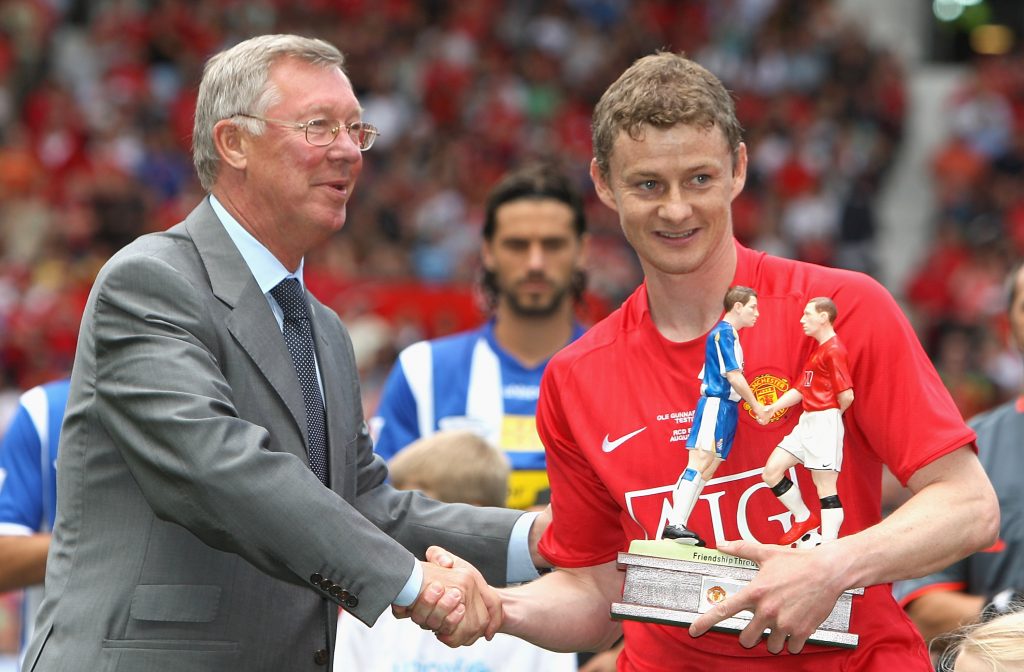 This would cushion the blow of being dropped and made the player feel part of the team. Solskjaer has done likewise in recent weeks and, again, it has gone down well with the squad.

"For players who were usually not told when or why they had been dropped under Mourinho and Van Gaal, Solskjaer’s honesty is refreshing."

It appears that Solskjaer hasn't put a foot wrong so far and he goes into the match against Spurs with the full support of the United squad.

popular
Premier League player arrested on suspicion of rape facing two more allegations
Towie’s Yazmin Oukhellou and Jake McLean had ‘furious row in Turkish club’ minutes before horror crash, report claims
Conspiracy theorists believe the world will end today - here's why
British schoolboy breaks internet after attending prom in sequined tuxedo ballgown
Teens are turning up to watch Minions in suits - and why cinemas have been forced to ban them
Tesco will no longer stock popular pet foods including Whiskas, Pedigree and Dreamies
Noel Gallagher branded 'vile' by disability charity after Glastonbury comments
You may also like
Sport
Cristiano Ronaldo could be headed to Chelsea in sensational Premier League switch up
Sport
Ralf Rangnick suggested selling Cristiano Ronaldo in January, but club hierarchy blocked it
Sport
Cristiano Ronaldo will not return to Manchester United training on Monday
Sport
Cristiano Ronaldo wants to leave Man United and the club shouldn't stand in his way
Sport
Cristiano Ronaldo to Wrexham is on as Rob McElhenney expresses interest
Next Page