Novak Djokovic admits he was approached by match-fixers

World number one Novak Djokovic admits he was approached about fixing matches almost a decade ago.

The three-time Wimbledon champion says match-fixers approached him indirectly about the possibility of throwing a match in St Petersburg back in 2007, but the idea was dismissed outright by his team. 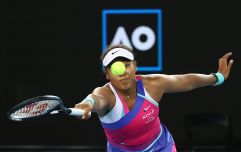 END_OF_DOCUMENT_TOKEN_TO_BE_REPLACED

In response to the reports of match-fixing by Grand Slam winners revealed on Sunday night, Djokovic said: "I was not approached directly. I was approached through people that were working with me at that time.

"Unfortunately in those times [there were] rumours, some talks, some people were going around. They were dealt with.

"In the last six, seven years, I haven't heard anything similar. I personally was never approached directly, so I have nothing more to say about that."